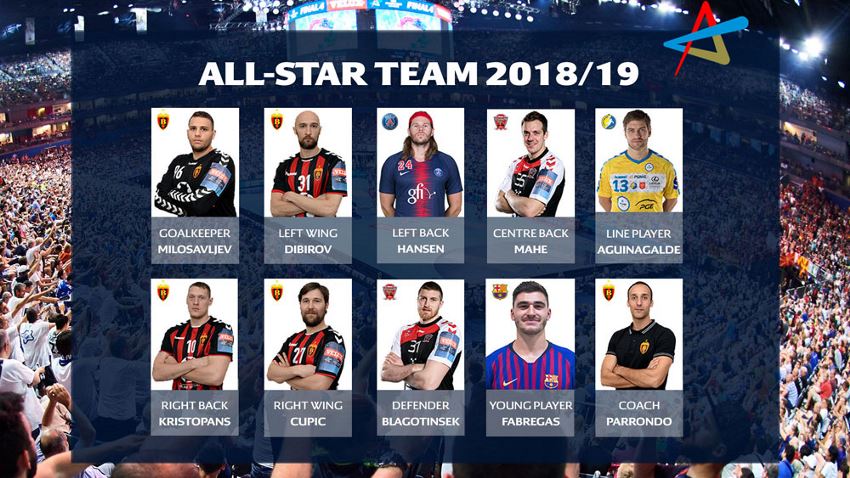 Fans of the VELUX EHF Champions League have voted for their 2018/19 All-star Team, naming the nine players and one coach who have impressed them most over the course of the season.

This year’s All-star Team was unveiled on Friday 31 May ahead of the VELUX EHF FINAL4, which starts in Cologne on Saturday with the first semi-final between Telekom Veszprém HC and PGE Vive Kielce.

The team features four HC Vardar players and their coach, Robert Garcia Parrondo, thanks to the enthusiastic support of the club’s fans, who voted in large numbers for their favourites.

Fans voted throughout May on the relaunched VELUX EHF FINAL4 app, picking from a list of five players in each position, who were nominated by the competition’s coaches, Forum Club Handball, the faces of the VELUX EHF Champions League, media correspondents and the EHF.