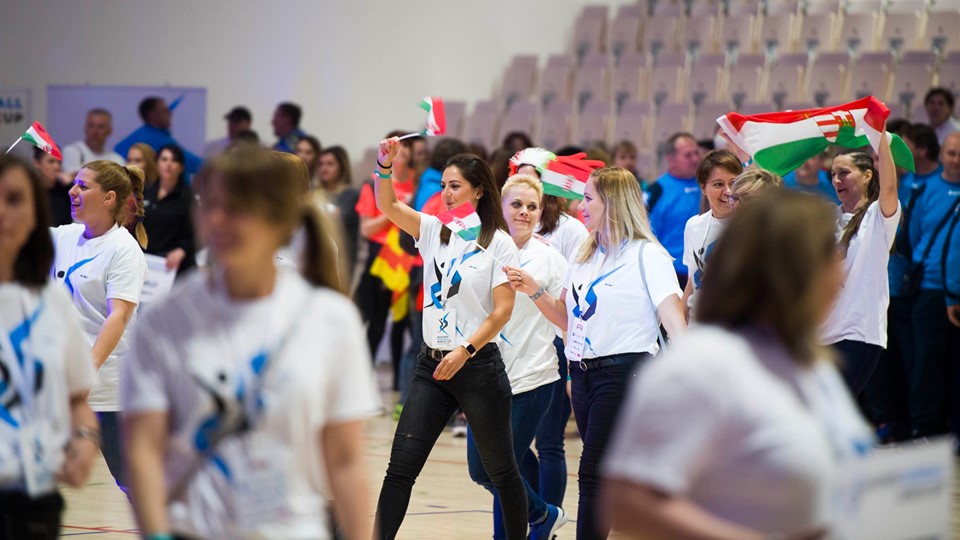 With glorious opening ceremony in SC “Ribnjak”, third edition of Masters Handball World Cup began! Thirty teams from 16 countries in Europe, Central and South America will enjoy until May 12 in the lovely Adriatic city of Omis, 20 km near Split.

Legendary Croatian player from 90’s, Olympic winner from Atlanta 1996 – Patrik Cavar, had the honour to wish good luck to all teams and players, and to announce that the tournament has officialy began.

Before him,  the crowd was salluted by major of Omis Ivo Tomasovic.

Ambitious organizers of the MHWC announced draws in all five categories in which will 30 teams from 16 countries battle for the medals.  Male and female teams are coming from Hungary, Slovakia, Czech Republic, UAE, Italy, Portugal, Spain, Austria, Croatia, Germany, Honduras, etc…

First games where very exciting, with late drama goals and saves that gave first points to Trogir and Split. Here are first results at third MHWC: