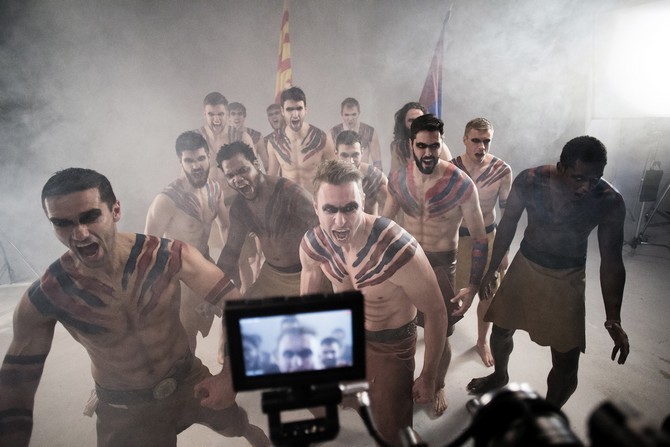 FC Barcelona Lassa had an interesting photo-shooting before the second EHF Champions League match with RK Vardar SKopje, one of the most important in the race for the first place in Preliminary Group which lead directly to the quarter-final this season. Barca beat Vardar 31:30 in the first match last Sunday at Blaugrana, but lost Filip Jicha who suffered serious injury of pubic bone. He will be replaced by experienced Spanish back Carlos Ruesga.

However, team and fighting spirit among the players are on the highest level in the moment about whom speaking photos. Will be Sparta or Skopje in “Jane Sandanski” on Sunday at 19.00?

Will Tomas, Lazarov and team-mates have chance to scream at the end of epic battle like Novak Djokovic after winning US Open when 20.000 fans supported Roger Federer?