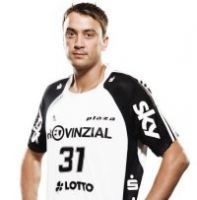 THW Kiel announced that they will not be prolonging the contract with Momir Ilic, which expires on the 30th of June 2013. After joining THW Kiel in 2009 from Gummersbach, it is now certain that Momir Ilic will have to seek for a new club. Ilic is another in the series of players that announced that they will be leaving THW Kiel which include Omeyer and Narcisse, while Marcus Ahlm will be retiring at the end of the season.