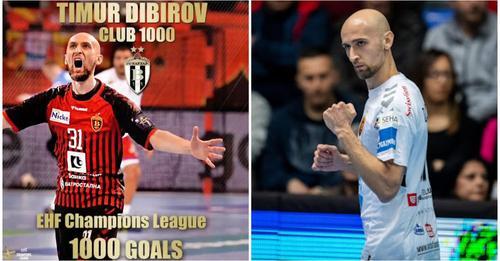 During the game against Pick Szeged, Vardar’s left wing scored four goals in the first half, the last of which was the 1000th for him in the Champions League. He ended the match with seven goals, but his team lost 34:31.

Dibirov entered a great company where the leader is Kiril Lazarov, before Nikola Karabatic and Momir Ilic. Thus, the Russian became only the fourth handball player to score 1,000 goals in the Champions League.