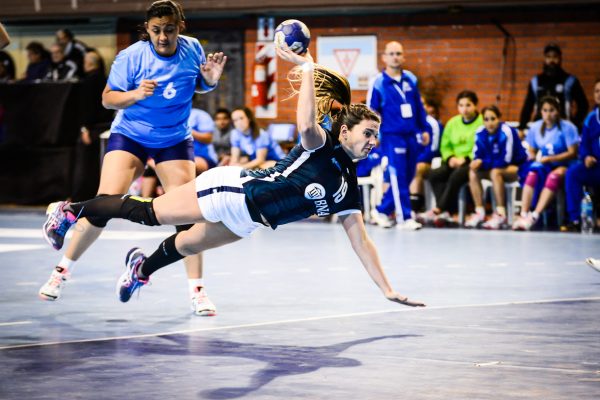 The two favorite teams of the tournament, Argentina and Brazil, started off with clear victories. All results were bulky on the inaugural day of the Pan American Championship.

On the first day of competition in Buenos Aires, Argentina, and all matches finished with bulky results in both groups. On the opening match Paraguay defeated Colombia by 35-17 and on the other match of group A Brazil obtained a 42-10 win. On group B, Argentina outplayed Guatemala by 43-14 and Chile got a big victory against Dominican Republic by 33-11.

The home team had a few scary moments at the beginning of the match; too many unforced errors led to a temporary win by the Guatemalan team first 0-2 and then 4-5, to the surprise of everyone at the stadium. It took Argentina a few moments to overcome that nervousness of the debut on home soil (they’re hosting a tournament for the first time in 18 years), and when they did, the difference was unsurmountable for a weak Guatemalan team that had a  squad of only 12 players. Although the goal difference on the scoreboard was a bulky one, the one thing that worries Argentina is the injury suffered by right back Luciana Mendoza, recent champion with Atlético Guardés in Spain and one of the key players for the South American team. The left handed twisted her right ankle only 2 minutes into the game.

Coach Eduardo Peruchena stated: “We were a bit shocked with Luciana’s injury on the first minutes, but little by little we were able to change the course of the match and we found out ways to the goal. On the second half, we improved our deficit in defence, so we’re quite content with the match we made”. Young Elke Karsten is back in the team after a long recovery of her ruptured anterior cruciate ligament, for which she underwent surgery last september after the Olympic Games in Rio de Janeiro. She had her first minutes on court and showed her enthusiasm after the match: “I am very happy with how the match went, I was very nervous, I must confess, it was my first match in quite a while but I’m very happy to be able to make my comeback on home soil and with my family watching from the stands”. The centre back, who will soon be back in Europe when she joins Spanish Bera Bera, warns that there’s one thing that Argentina have to change for the following matches: “We weren’t quite concentrated when we first started and we cannot allow that to happen, but I think we’ll handle that match by match to reach the final stages in a much better way”.

Brazil had no problems to overcome United States, although there were a few worrisome moments at the beginning of the match. The former World champions closed the first half with a 10 goal difference and then just managed to close the match in their favor on the second half. Coach Sergio Graciano was able to rotate his initial formation, which was formed by most of the players who perform in European teams. “I think every match is a bit complicated at the beginning, but we need to concentrate in our game, In what we came here for. We don’t think that the games will be somewhat easy and we know all of the teams worked as hard as we did. Our goal is to qualify for the World Championship and of course to take the title. I think every renewal process is hard, and we’re in the process of adapting (to a new coach and new players) but I things will come out nicely”, expressed centre back Ana Paula Rodrigues after the match.

The top scorers after the first day of competition are Militza Lavarreda from Guatemala and Sabrina Fiore from Paraguay, both with 8 goals. Camila Bonazzola (Argentina), Tamires Costa and Mariana Costa (Brazil) follow them with 7 goals each.

Today’s matches will be the following (local time).