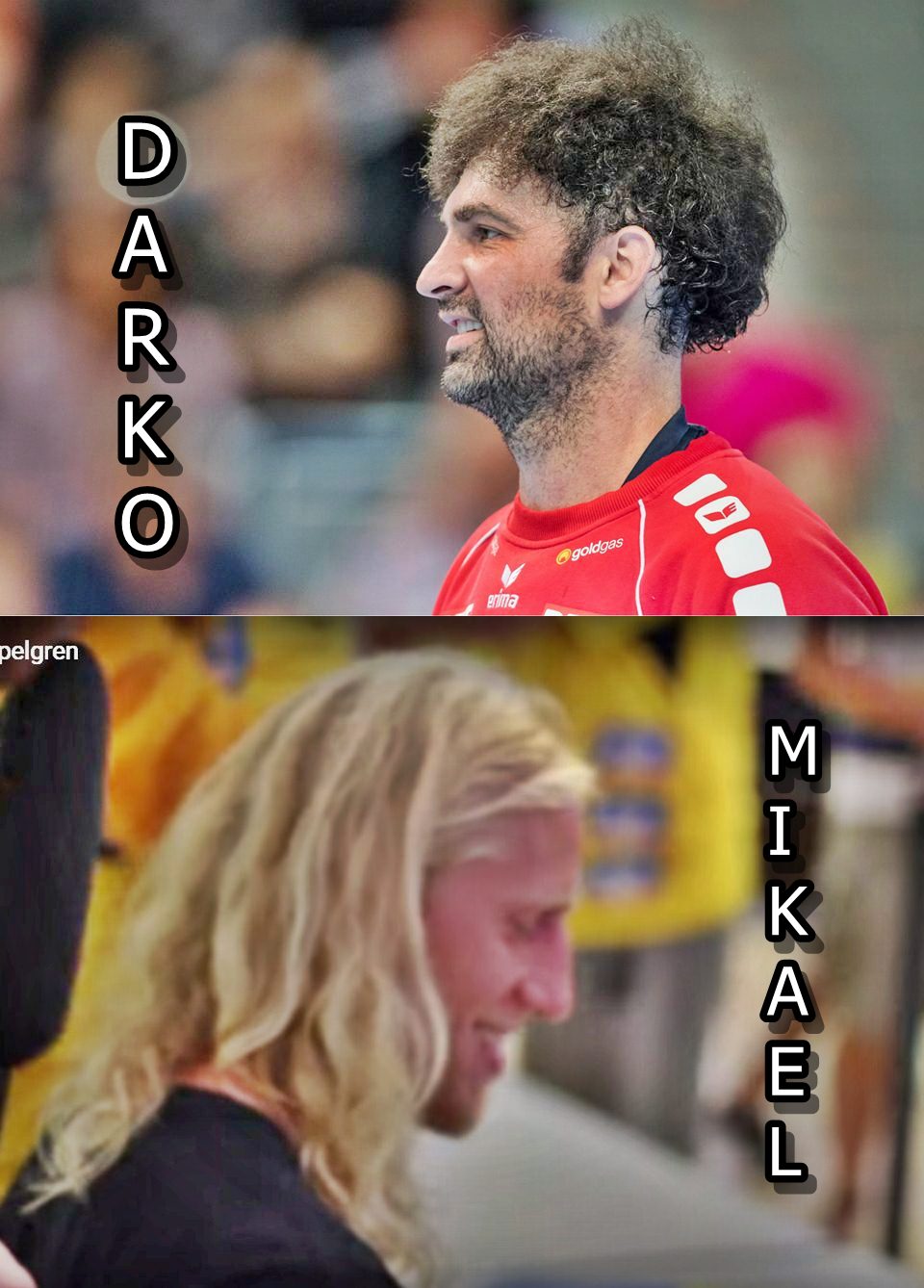 The DKB Bundesliga leaders Rhein Neckar Lowen began season in big style! The team who stayed a step behind THW Kiel in the last two Championship race, currently looking dominant with great defensive line. The “Lions” received only 141 goals on 7 official matches in the new season, which puting them on the TOP of the list of best defense in Germany.

Departure of Niklas Landin to THW Kiel was a big shock for all the Rhein Neckar Lowen fans, but after period of dissapointment, the great satisfaction came with signing of two TOP quality goalkeepers of different generations. The new keepers of SAP Arena posts are Swedish guy Mikael Appelgreen (1989) and Serbian “Minister of Defense”, Darko Stanic (1978). Both are in good form at the start of the season and both had unique hairstyles.

Which style you preffer more?