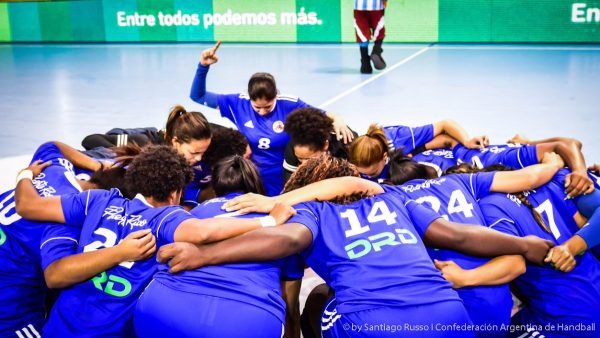 Although the focus is on the semifinals in Buenos Aires 2017, there were other three matches played today in the stadium of Villa Ballester. Colombia obtained their first victory of the tournament by defeating Guatemala by 28-23 and finished in the 9th place of the tournament. On the second match of the day United States defeated Chile by 20-27 and Puerto Rico beat Dominincan Republic by 34-23. Both winners will play for the fifth place of the tournament tomorrow.

In a changing match, the North Americans conducted by Christian Latulippe were able to bend a Chilean team that did not play up to their level. The lead switched from side to side and the first half finished with a three goal advantage for the North Americans (10-13). The top scorer of the match was right back Kathleen Darling (USA) with seven goals.

The third match of the day was a Central American clash. It had a very even start as both teams were finding the spaces to score and ran the fast breaks. After a few first minutes in which Puerto Rico seemed to be in control, Dominican Republic turned the scoreboard around and took the lead, which they would mantain until the end of the first half (13-14). The second half saw a very determined Puerto Rico running even harder than on the first half and taking the advantage and the win. Sheila Hiraldo from Puerto Rico was the top scorer of the match with 8 goals.

Tomorrow, United States will face Puerto Rico for the second time in the tournament, as they had already met on the group round, where the conducted by Camilo Estevez won by 29-25. Dominican Republic will meet Chile and they will dispute the 7th place of the tournament.