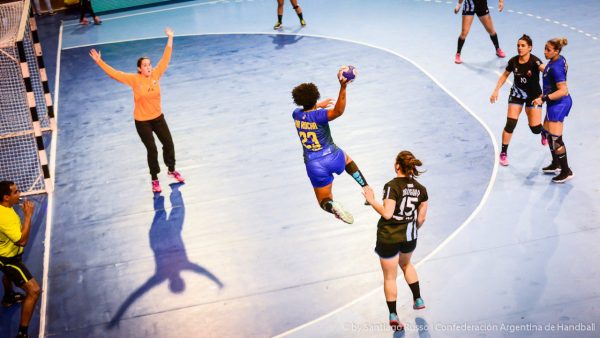 In a match that was completely out of scope for the Uruguayans, Brazil had no mercy and outplayed their opponents by 42-23. The qualification was already secured after the first half where they demolished their opponents and took the match by storm.

Brazil did not mess around and had a killer start , the former World champions set a 11-3 score after 11 minutes of the match and forced Silvana Renóm to ask for their first timeout. While everyone could’ve thought that this would be a tighter match, the coached by Sergio Graciano scored more goals after the first half than on all of the previous matches (25-8). A good performance by the team captain Bárbara Arenhart and a collective effort in defence and in attack allowed Brazil to have a more than bulky lead on the first half.

On the second period, the difference grew bigger, however, Uruguay showed their better version. The huge goal gap helped Graciano rotate his squad and give minutes to everyone on court. Jéssica Oliveira entered on goal and the rest of the squad was different from the one that had started the match. Despite the big difference, the Brazilians mantained their intensity and finished the match with the same seriousness they had started it with. With this victory, the Brazilian team has qualified for the World Championship in Germany.

“We’re satisfied with the performance so far. We’ve started off the matches, except the one against Paraguay, with a big goal difference on the first half already; so I think it’s very important that everyone is playing and having their minutes on court, we did things well so far”, expressed Vac NKSE’s goalkeeper Bárbara Arenhart who also mentioned: “I think that at times we still have some difficulties with this new defence because everything is new to us, but I think we’ve been able to polish it quite well so far, we’re still working on it, but I think that from the beginning of the tournament until now, we’ve improved very much”. Arenhart also mentioned how hard it is for them to keep the concentration when the matches reach such a big goal gap.

The Uruguayan coach Silvana Renóm said after the match: “It was a determining match for us, because tomorrow we had the important one, the one that could give us the qualification for the World Championship, so our proposal for today was to rotate the players and to encourage the players, to avoid silly mistakes to try and hold back a very powerful Brazilian team. Knowing that we’re not in a position to neither defend nor attack them, we had to save some fuel for tomorrow’s match because we have to be at 300%”.

Uruguay was the first team that was able to score more than 15 goals against Brazil, but Renóm was not very aware of that fact and sounded surprised when asked about it: “Well, I did not know it (laughs). We ended up the first half with 8 goals only and after a bit of grinning we went out to the second half with a better attitude, I told the girls to try and enjoy  the match and not to save anything, but it’s hard to do so when you know you have be be in good shape for tomorrow. On the half time the talk was more oriented on the attitude rather than on the tactical aspect”.

The top scorer of the match was Brazil’s left wing Samira Rocha with 10 goals. On the ‘Charrúa’ side, Carolina Charlo was the top scorer with 6. Brazil will face the winner between Argentina and Paraguay.