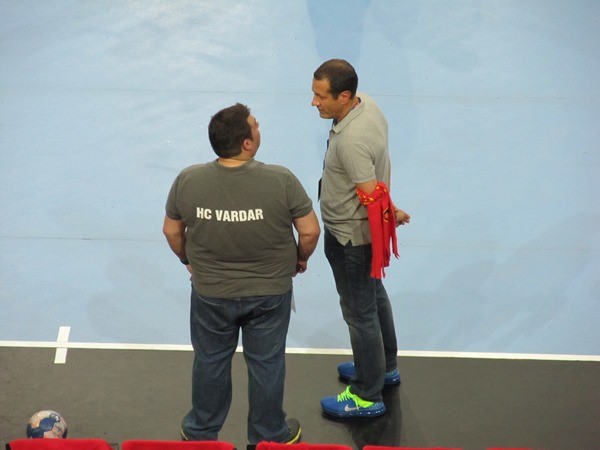 After Vardar’s boss Sergei Samsonenko sacked coach Zoran Kastratovic, Macedonian champion RK Vardar have played three matches in SEHA League and EHF CL. Despite many rumours about the new head-coach of the team from Skopje, Russian bussinessman still searching for the right person:

– We have been in negotiations but we didn’t agree. I don’t want to hurry with decision, because I want to find a coach who will lead team until end of the season. Permanent changes of coaches aren’t my style – said Samsonenko, who was on the bench for the match against PSG.

Many speculations are written in Macedonian media about new solution on the bench. Talant Dujshebaev and Oleg Kuleshow are now “history”, but new candidates are Javier Gonzales from Naturhouse La Rioja, another Spanish coach Raul Gonzales (worked with Dujshebaev) and Macedonian NT coach, Ivica Obrvan as well.