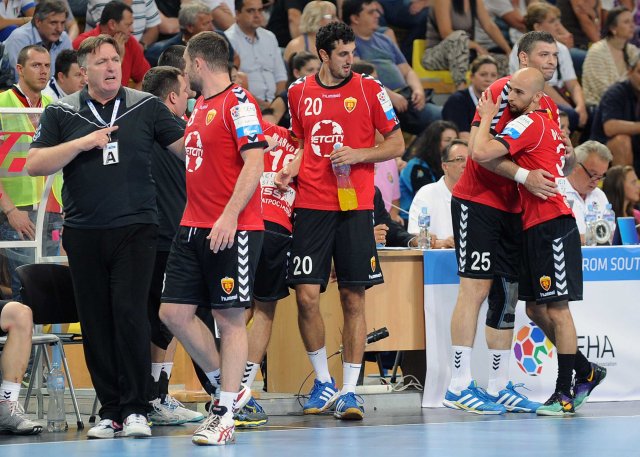 Macedonian RK Vardar will face Paris Saint German next Sunday with the new coach. Montenegrian head-coach Zoran Kastratovic is sacked only a day after team convincingly beat Serbian champion RK Vojvodina 30:21 in Novi Sad at SEHA GAZPROM South Stream League – Round 5.  Macedonian best team is defeated only once this season against Slovakian champion Tatran Presov 34:37 last Thursday, which was obviosly the biggest reason for this decision made by “alfa and omega” of Macedonian team – Russian bussinessman – Sergei Samsonenko:

– He is a good coach and great person but I made decision and don’t want to explain further – said Samsonenko at the beginning of PRESS conference before clash against Nexe on Tuesday.

Vardar have score in SEHA Gazprom SSL – three wins, one draw and defeat. At the EHF Champions League, Macedonians lost against Dinamo Minsk in Belarus and played fantastic match at home against FC Barcelona – 29:29.

Speculations about the Kastratovic’s successor have already began. The first name is Talant Dujshebaev, legendary coach who became free by the day of BM Atletico Madrid bankrupt. His son Alex plays in Skopje, but also Inaki Malumbres, Talant’s wish for BM Atletico Madrid goal. Also the fact that German left back Christian Dissinger (player who also was contracted by Atletico Madrid last summer) was in Skopje as the guest of RK Vardar, one step from signing the contract, speaks a lot that this Vardar’s roster is somehow “made” for Talant Dujshebaev…