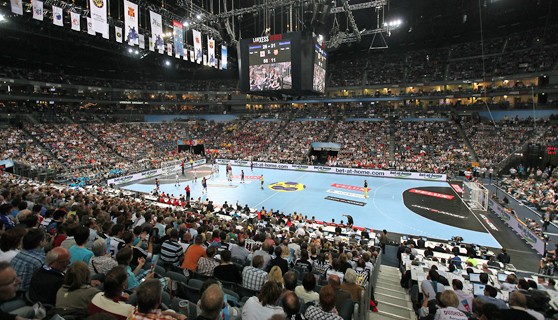 The European Handball Federation has announced that the biggest club competition in Europe, the EHF Champions League is to have the F4 in Cologne prolonged for two more years. It all started in 2010, and the successful story continued from year to year. The decision was made on the fringes of the Women’s World Championship taking place in Serbia. With the current agreement due to expire following the 2014 event, event organisers EHF Marketing GmbH, the City of Cologne and LANXESS arena have now reached an agreement  that will bring Europe’s top teams to the cathedral city until at least 2016.