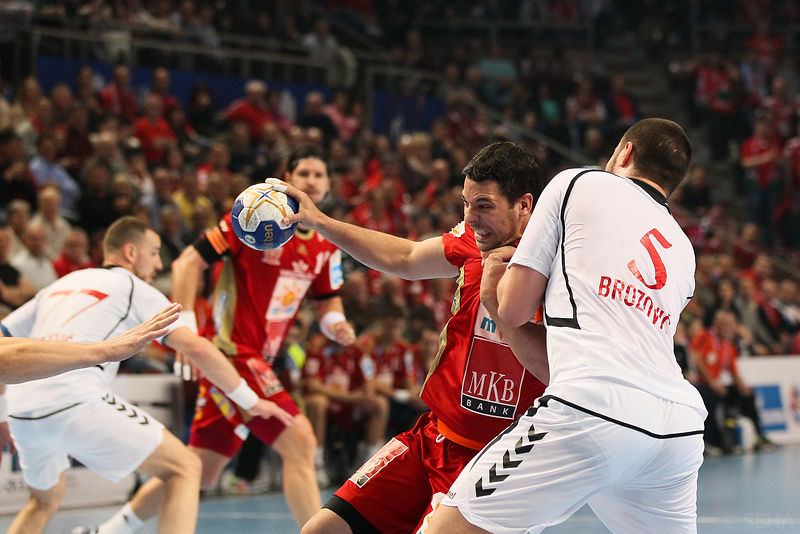 The German champion lost Filip Jícha and Aron Palmarsson in the summer, started with a 29-22 defeat against Zagreb in the Champions League and have three lost matches in Bundesliga. But last week they showed their power in Plock (23-37) where Veszprém had just a draw (27-27). Today’s battle could be important to reach the first place in Group A and the two teams played accordingly.

Veszprém had to miss László Nagy and Cristian Zeitz because of injury and Patrick Wiencek was upsent in Kiel.

The Hungarian fans created a fantastic atmosphere again, what’s more they prepared with a lightshow with a special mobile application.

The match was a real CL derby, the teams tended neck and neck. Kiel started better, they could lead thanks to Dissinger’s five goals in the first period. Alilovic came instead of Mikler, and with his saves the Hungarians could go to the dressing room with a 2 goals advantage.Duvnjak, Vujin and Canellas scored 15 goals together and the Zebras caught Veszprém up (24-24; 26-26). At the end Ugalde figured the final result 29-27.

MVM Veszprém is the leader of the group before THW Kiel, Paris Saint-Germain and SG Flensburg-Handewitt.