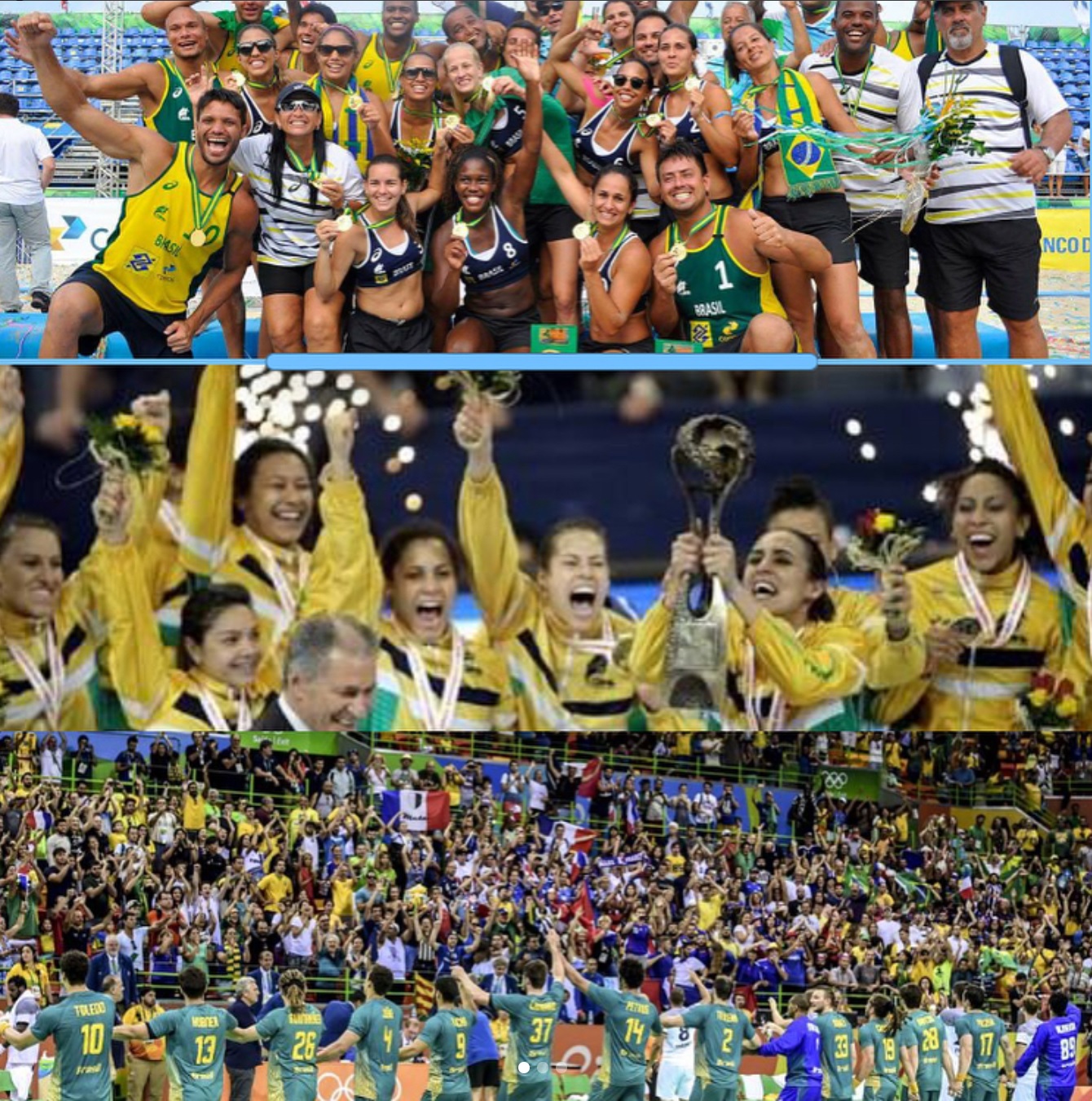 Brazilian handball has been navigating turbulent waters for a while now. And while this statement is not directly related to the performance of its national teams, it is an aspect that will certainly be affected in the times to come, unless a real and quick solution comes to the rescue. Nearly two weeks ago, the Brazilian Handball Confederation (CBHb) received the news that its main sponsor, Banco do Brasil, would not renew their agreement which ends in May; this translates to a loss of 75% of its fundings.

Now the athletes are requesting an immediate change and have publicly claimed for the president’s resignation in order to try and regain the sponsor’s trust and recover the image of the confederation. In a video shared today by Brazil’s top athletes, they are requesting new practices and more transparency from the confederation’s leadership. In representation of all handball athletes from both indoor and beach handball, Thiagus Petrus, Bárbara Arenhart, Bruno Oliveira, Eduarda Amorim, Felipe Borges, Gil Pires and Patricia Scheppa appear with a clear message. “A firm change is made step by step, but with the strenght of many. We, the athletes, are together for the good of handball. For a new management with new practices and transparency. #RenunciaManoel.”

But I’ll bring it back to the origins. According to an article published on April 10th on GloboEsporte.com, Banco do Brasil argued that they had decided to continue to invest on volleyball and street races instead. However, as journalist Thierry Gozzer explains, the reason behind-the-scenes could be related to the political situation that the CBHb is facing. Manoel Luiz Oliveira, president of the CBHb for 28 years, had been re-elected last year, but his victory was not validated by the Superior Court of Sports Justice (STJD in Portuguese) of handball, after having received a series of demands for misuse of funds and overbilling. Only a few days ago, the Federal Justice expelled him from his position and the verdict speaks of “practice of simulations, falsehoods (ideological and material), overbilling and payment for services not rendered” for the impressive amount of R$ 21 million (€5 million) in at least 8 agreements with the Ministry of Sports.

The article explains that the CBHb received nearly R$ 89 million (approximately €21 million) from sponsors and agreements between 2011 and 2018, but this year they will only count on the R$ 4,5 million corresponding to the budget assigned by the Agnelo/Piva law, which establishes that 2% of the gross collection of the federal lotteries must be assigned to the COB (Brazilian Olympic Committee) and CPB (Brazilian Paralympic Committee).

This whole situation caused the athletes to join forces and send out a public message to all fans and supporters of the sport. A joint letter, signed by “All handball athletes” was shared last week by Brazil’s most decorated players. It was a letter that reflected the discomfort and desolation of those who wear the “verdeamarela”. The title itself raised concern among the handball community (Mourning handball) both in Brazil and in South America, a region that is also experiencing a moment of uncertainty since the suspension and forced division of the PHF, established by the IHF. But now they have taken it one step further and shared a video on their social media in which they express their wish to see Manoel Luiz de Oliveira reisgn. The reason behind it is the fact that his presence might be an impediment for the return of said sponsors.

Last Monday, on radio show Handball de Primera from Argentina, the Fraikin BM Granollers goalkeeper César ‘Bombom’ de Almeida expressed his concern: “We are very worried as players and as people who want handball to grow, not only in Brazil but also in South America. We’ll do whatever is in our hands, we’ll attend to the national team without sponsors, without anything, and we’ll suffer just like we did 10 years ago. But we lose a lot (with this withdrawal from Banco do Brasil) because, for example everything that Jordi (Ribera, former coach of the national team) has set up, the handball camps, they depended a lot on that money, and I am a witness, because this generation came up from this camps. Also the Brazilian league depends a lot on this budget. All of us who are playing in Europe we are really concerned for the situation in Brazil, because despite the fact that we’re here, competing with the best, we know people in our country will suffer a lot and we don’t want that to happen”.

This noon Arenhart spoke with Handball de Primera and confirmed that the request for resignment was nothing personal against Manoel Luiz de Oliveira, but rather a request that was aimed to regain trust from the sponsors, as his image was severely damaged due to all the accusations he’s facing. “It’s nothing against him, but he’s the face of our confederation and his image is bringing us lots of problems, so we understand that it’s time for him to resign because all of this, along with the political situation is pushing away all the sponsors. We are trying to bring the sponsors back and we’ve been told that the only way for that to happen is if he leaves the confederation”.

In concordance with what Cesar Almeida had expressed last week, Arenhart confirmed: “We’re (all of the referents) all in our thirties, so we’re really concerned about the future. What will happen with us, we don’t know, we don’t know if what we’re doing will be good for us and we don’t know how the confederation will react, but this fight is for the younger generations, for the ones who love this sport, and we understand that it is our duty, because we are the more experienced players in the national team and we must do this for the generations to come”.