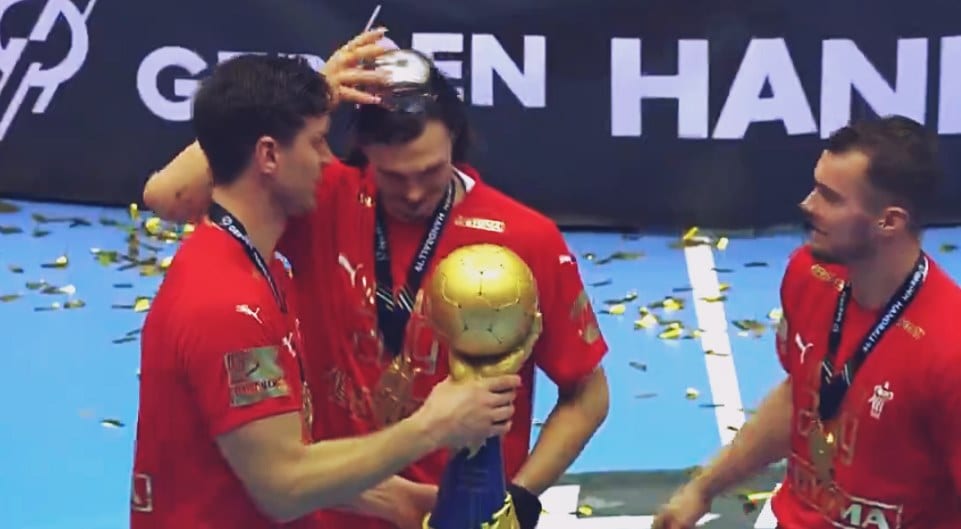 Denmark is on fire! Joy and happiness is spread all over the country after winning the gold medal at World Championship 2019 in Herning. After party celebration night after the winning final against Norway, Mikkel Hansen and the boys went to Copenhagen to the balcony of the City hall, where they cheered with thousands of the fans.

The plane with the Danish players was followed by Danish air-forces, which showed a big respect to the sports idols of the Danes.