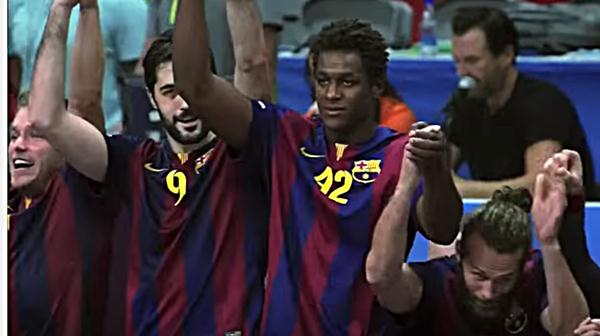 One of the most famous non-European handball player, Wael Jallouz, will change Fuchse Berlin for the French second league team Chartres immediately after the World Championship 2019.

The 28-years Tunisian left back will stay in France as loaned player from FC Barcelona Lassa until summer 2020. His contract with the Spanish champions is valid until the end of 2020/2021.

The African shooter began good in Barca after only episode at German THW Kiel, but problems with eye infection made him a lot of troubles and ruined career.

Jallouz will try to get back on the higher level, hopefully, without further problems…