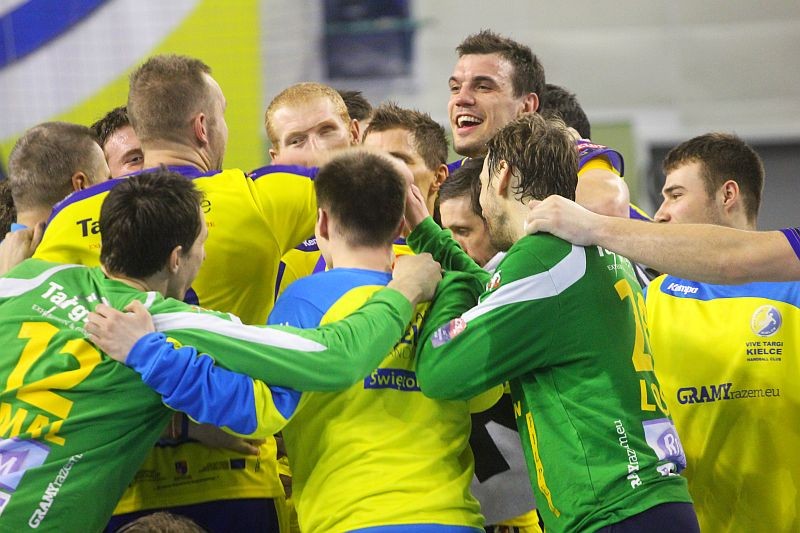 Third match of the Polish play-offs belonged to Vive Kielce. Kielce beat Wisła Płock 27:24 and won their 10. Polish Champions title. As much as previous matches had more or less similar course, beginning of the third match was nothing like it. Kielce started brilliantly from the very beginning and gained considerable advantage. It may have seemed that the game would not bring any excitement but defending champions slowed down and Wisła stared catching up. Both teams had their good and bad phases and result was changing all the time from 6 goal to 2 goal advantage of Kielce. Even though the course of the match was different, half time result was exactly the same as in 2 previous matches – Vive’s 3 goal advantage. Second half brought much more nerves than it could have been expected. Kielce were still leading but they played worse, especially in attack, while Wisła seemed to improve. Płock were getting closer and closer but they did not manage to draw. In one moment both teams gave their fans a show of missed chances; it was Kielce that scored at last and got 2 goal advantage. Last minutes belonged to Iskra; they did not let go lead until the final whistle. The top scorer for Kielce was Michał Jurecki (9) and for Wisla Valentin Ghionea (8).