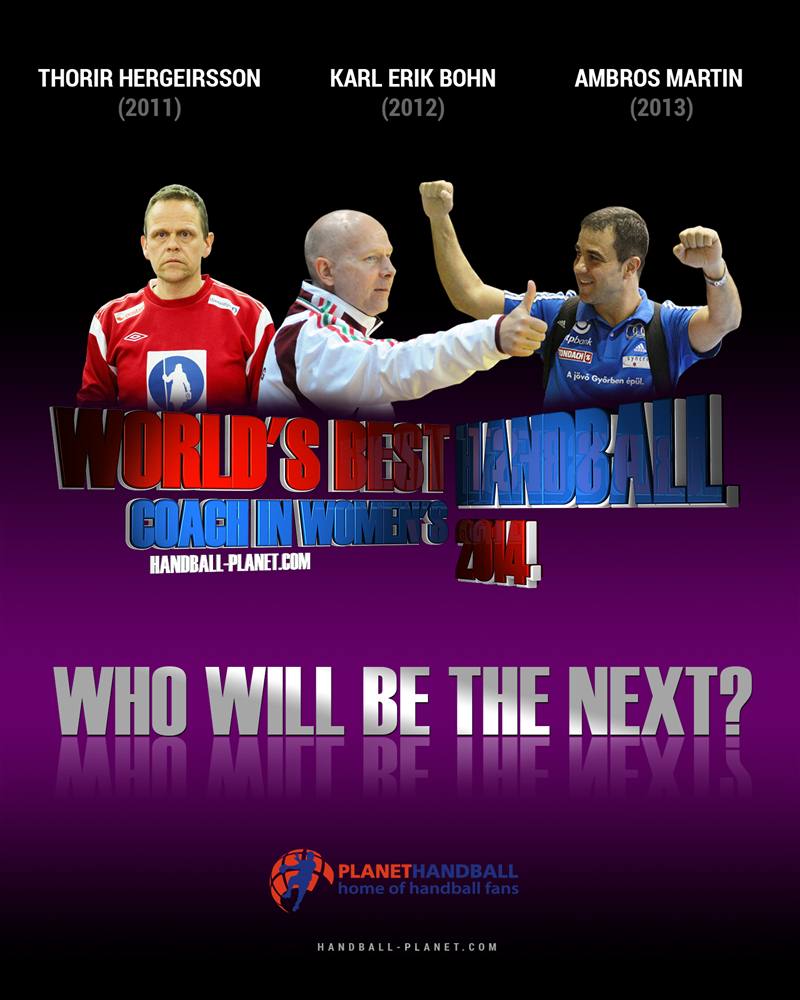 Handball-Planet.com has publish official nominations for the WORLD BEST COACH in Women’s Handball 2014 based on opinion of the 17 handball journalists from all over the world! Handball-Planet.com Jury of Experts made the lists of five best coaches in women’s handball in 2014, while the last member of the Jury, handball fans across the Globe can vote in the next 10 days (until 6 January) and support their favorites.

Visitors’ votes will be added to the existing number of votes given by the journalists, after which Handball-Planet.com will announce who is the WORLD BEST COACH in Women’s Handball 2014.

This year Handball-Planet.com made the biggest Jury until now in order to get opinion from the countries with various handball tradition. Our Jury members are the recognized handball specialists in their countries, which coming from the biggest media (Marca, TV 2 NO, SIOL), but also from specialized websites and newspapers as Handzone.fr, Hbold.dk, Balkan-Handball.com, etc…

In the first three years of Handball-Planet.com Contest, we had three winners. In the first year, 2011, Norwegian NT head-coach, Icelander Thorir Hergeirsson won the award. A year after, Norwegian coach on Hungarian NT bench, Karl Erik Bohn was the best, while in 2013, Spanish coach from Hungarian TOP team Gyor, Ambros Martin was titled.