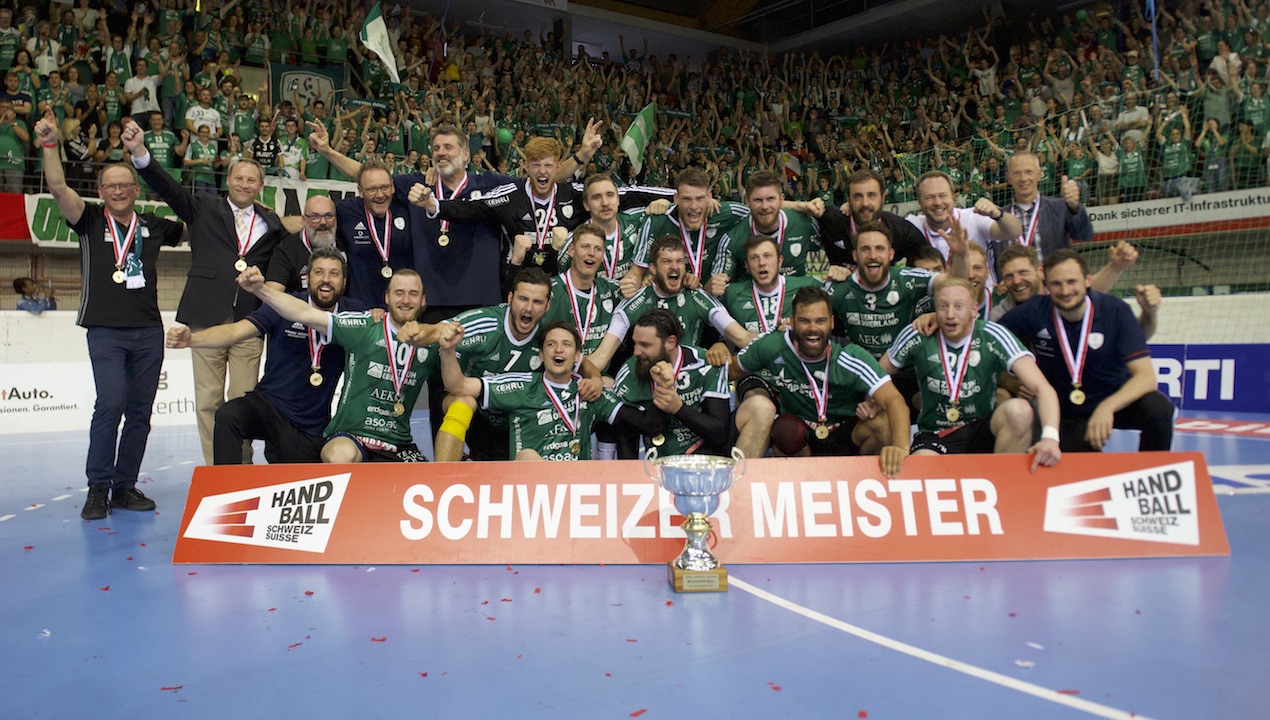 Wacker Thun are the new Swiss champions! The last attack for the title will be remembered in the history of Swiss club, but also league. Luca Linder scored goal after pass by Lenny Rubin for 24:23 (13:10) in the fourth match of Play Off Final in Wintherthur for 3:1 in series.

This is the second Championship title for Wacker Thun. The first is won in 2013.

Here you can see the last attack.