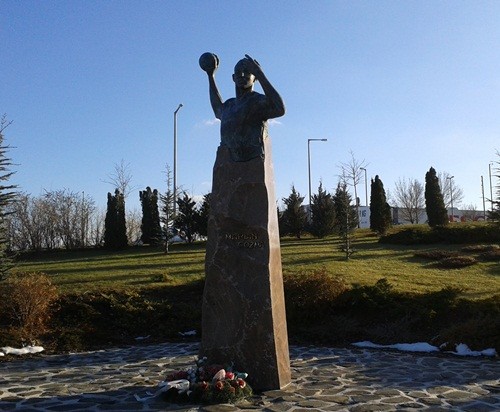 Time is running… Four years passed after the tragical night in Veszprém. Marian Cozma, MKB Veszprém’s and Romania’s gigantic line player was stabbed in a bar and died. There’s no explanation for this tragedy. The whole handball society lost a fantastic player who could get into the bests. He was a special phenomenon, that’s why he’s missing so much.

On Saturday MKB Veszprém’ll play against HCM Contanta in the Champions League. The domestic fans organized a commemoration, they asked all the spectators to light a candle by Cozma’s statue near Veszprém Aréna. It’s a great possibility to tribute to a unique man and handball player.