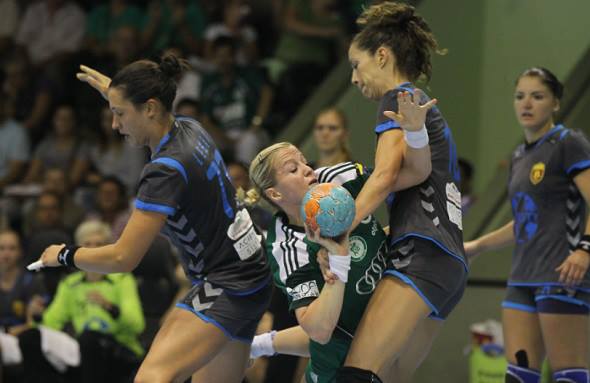 Hungarian Gyor beat ŽRK Vardar Skopje 27:22 (13:10) in the opening match of the Women’s EHF Champions League in Skopje. That was a clash of two teams who played against eachother in the quarter-final last season, when Macedonian champions booked ticket for the FINAL 4 tournament in Skopje. “New-old” Gyor with Heidi Loke, Anita Gorbicz and Co. showed great level of performance in one of the “hottest” Arenas in Europe.