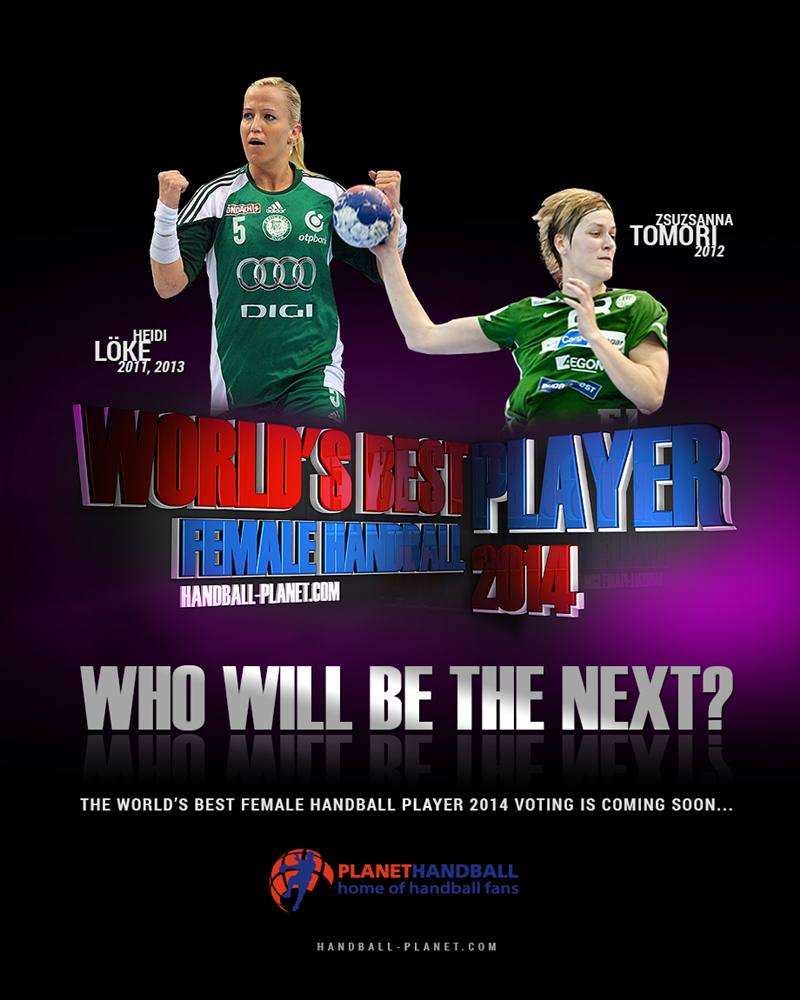 Handball-Planet.com announces the official nominations for the WORLD FEMALE PLAYER 2014 based on opinion of the 17 handball journalists from all over the world! Handball-Planet.com Jury of Experts made the lists of four best players in 2014 per position in the team, while the last member of the Jury, handball fans across the Globe can vote in the next few weeks (until January 6) and support their favorite players. Visitors’ votes will be added to the existing number of votes given by the journalists, after which Handball-Planet.com will announce who is the WORLD HANDBALL PLAYER 2014 and the best players per position  – “BEST 8”.

This year Handball-Planet.com made the biggest Jury until now in order to get opinion from the countries with various handball tradition. Our Jury members are the recognized handball specialists in their countries, which coming from the biggest media (Marca, TV 2 NO, SIOL), but also from specialized websites and newspapers as Handzone.net, Hbold.dk, Balkan-Handball.com and so on…

This is the fourth year of Handball-Planet.com Contest for the WORLD HANDBALL PLAYER. The winner in 2011 and 2013 (88.631 votes of fans) was legendary Norwegian line player Heidi Loke, while in 2012 won Hungarian back Zsuzsanna Tomori.

Situation with the national teams is little bit different (13 in total). Norway are giving the biggest number of players (6 – in total 7 due double nomination of Heidi Loke) followed by Montenegro (4). Denmark, France and Sweden with 3. Brazil, Romania, Serbia and The Netherlands have two nominations each.

Croatia, Hungary, Spain and Germany have also nominations for the WORLD FEMALE PLAYER 2014.