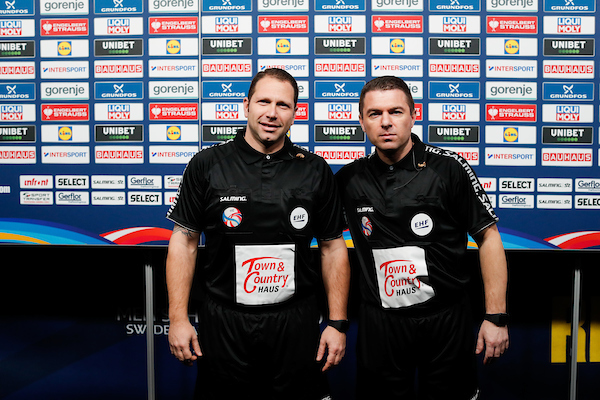 Spain and Croatia played an average EHF EURO 2020 final in terms of quality.

However, one of the referees’ decision could become “the legendary one”. Macedonian referees Gjorgji Nacevski and Slave Nikolov took ball from Croatian playmaker Igor Karacic after he made “5,6 steps” at the beginning of the decisive Croatian attack in 59th minute when result was 20:21. Handball fans across the Globe haven’t be sure what was a decision for, even the teams, but after “slow-motion” it became clear that decision was more than good.

“You need cojones to make this kind of decision in the most crucial moment of the match with knowledge that Champions will be decided after it”, wrote Serbian journalist Zika Bogdanovic in his blog at Balkan-Handball.com.

“Definitely, you have to be brave. They have been the “best players” of the final”, he concluded.

Interesting, Gjorgji Nacevski’s father Dragan, and his uncle Marjan, were on the center-line at Men’s EHF EURO 2020 at the same place in Stockholm.