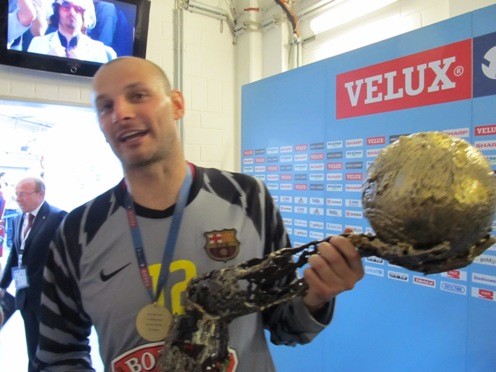 Legendary Spanish coach Valero Rivera will have much stronger Qatar squad for the upcoming World Championship 2015 in Doha! The new member of Qatar National Team is Ex-Montenegrian right back Žarko Marković. A 28 years old lefthander, who is playing in Qatar for El Jaish Sports Club, made the final deal with the Federation of the next hosts of Wch 2015. He already joined the team, which began the final preparation for Qatar 2015 a few days ago.

The next big name should be Danijel Šarič! Barca’s goalkeeper is in Doha, where he negotiate about the deal with Qatar Handball Federation. If they reach agreement on Tuesday, Šarić will join his new NT in the EHF week and will make a couple with Ex-Montenegrian goalie Goran Stojanović, who playing since Asian Championship in Bahrein earlier this year.