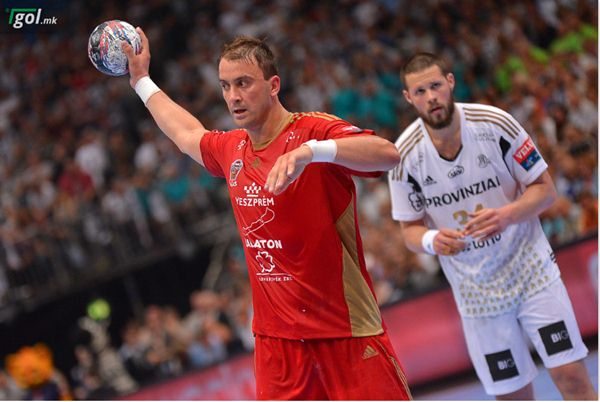 – I don’t know how it looks from the side, but it was very difficult. We rotated in leadership, it was excellent handball . We beleived in victory. When they think that they defeated us, we rise. Let it be so in the final.

– I’ll give him all credits. Laslo and I lost power, and we needed someone like him to pull us up. He gave a great contribution. The team is very important.

– What can I say. We’ll do our best for 60 minutes – said Momir Ilic, who was at that time approached Sead Hasanefendić. – This is my coach, legend – recalled Mosa working together with Hasanefendić in Gummersbach.

-I owe him a lot , he is the main reason why i am still around- said Ilic.

The hero of Veszprem victory with two goals in overtime, after Manuel Štrlek, another Croatian star – Ivan Slišković:

– EHF Champions League finals can not be easy. I’ve never played with Kielce, Vesprem as well didn’t play for a long time . Kielce showed great performance. There is not much time to prepare.We are going to fight – said Slišković, which remained “cool” despite the fact that it was his first playing at “Lanxess Arena”:

-If you put in your head that this is just another game, then everything is easier.