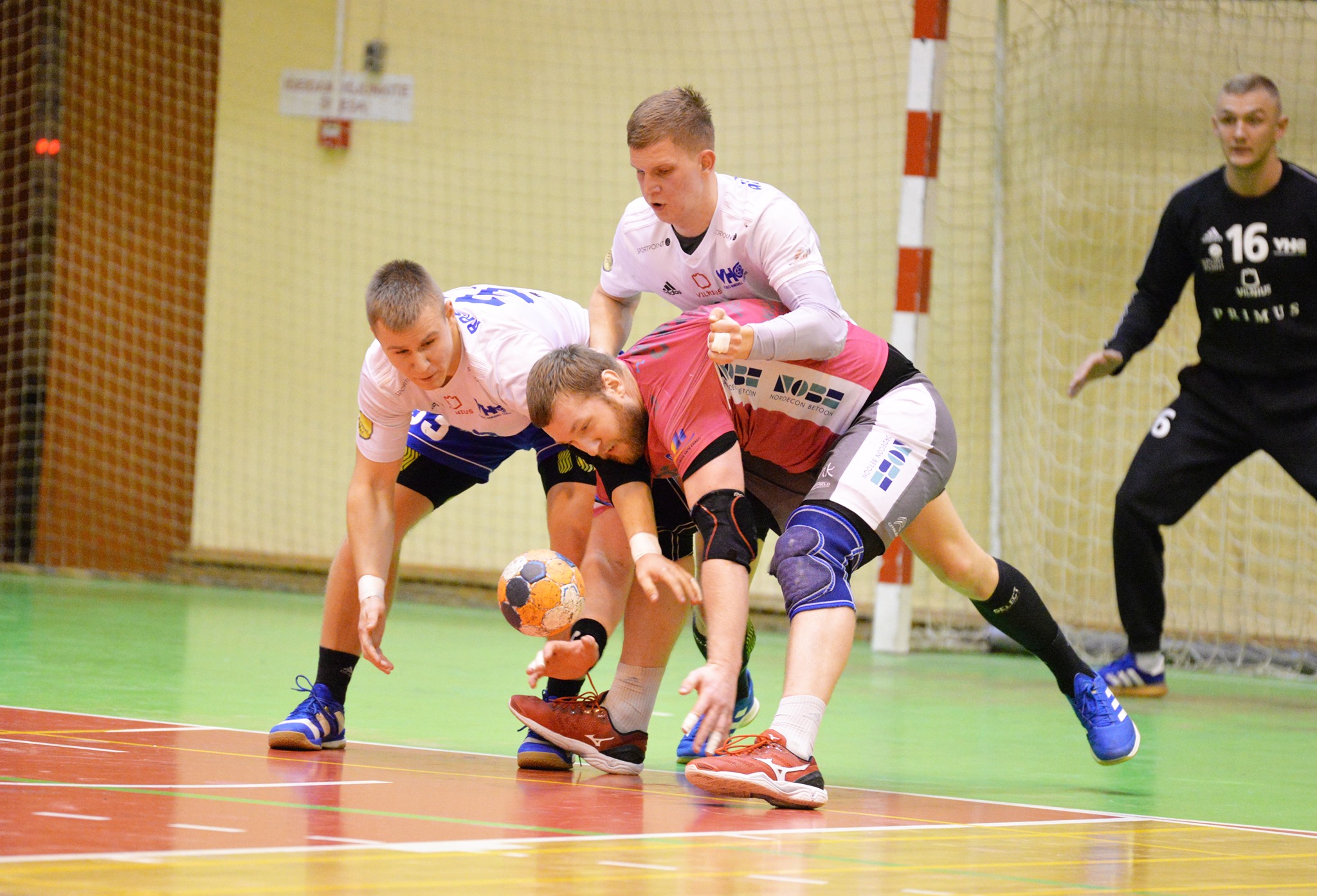 There have been some very exciting matches and events throughout the regular season of 2019/20 Baltic Handball League. But the final weekend promises to produce even more excitement for handball fans or even mathematicians. Winner of Group A and our first Final Four participant will be determined on Sunday in Minsk. In Group B there are four teams who can qualify for quarter-finals.

With ZTR Zaporozhye’s withdrawal from the competition, only two more matches are left to play in Group A. Title-holder Cocks Riihimäki cannot win the group, but can finish second or third. A true play-off for the group win and a place in the Final Four will be staged at Minsk’s House of Handball on Sunday.

Sandris Veršakovs: we are going to fight for this unexpected chance

SKA Minsk will host ZRHK Tenax Dobele, who benefits most from ZTR’s annulled games. Though, SKA is still one point ahead of Tenax, so a draw is enough for the Belarussian side to qualify. Tenax has never won the BHL and in past four seasons have always been knocked out in the quarter-final stage.

“It is an unexpected chance, coming for us – to be able to fight for a group win and a direct place in the Final Four. And of course we would like to take this chance, but playing SKA in Minsk will be very difficult. I can promise we are going to fight for it with our hands and legs and teeth if needed,” said Sandris Veršakovs, head coach of Tenax.

“We had a week free from league games, so managed to train well and prepare. The team is in good shape and we are flying to Minsk with our strongest squad. Of course, we lost Aivis Jurdžs in January, but handball is a team sport and other players have grabbed the chance to prove themselves,” assured Veršakovs.

SKA and Tenax have met seven times in recent seasons and SKA has won all of those games, last one in November in Dobele, being better by 31:27. While Tenax had no domestic games, SKA beat Masheka Mogilyov in the Belarus championships by 36:22 (Dzianis Rutenka 6 goals).

Cocks wants to finish regular season with a home win

The winner of last four seasons, Cocks has similarly to last year not been dominant during the regular season. On Saturday, the title-holders will host Serviti Põlva, who have not much to play for, having already secured a quarter-final pairing with Dragunas Klaipeda. Cocks’ possible win may not be enough for the Finnish champion to finish second, if Tenax beats SKA.

“It was an important win over BK-46, they have been strong this season. Especially important, as currently it is a difficult period with two games almost every week. And we had to manage it without two key players, as Davor Basaric and Vitalie Nenita are currently out,” commented Cocks’ head coach Gintaras Savukynas.

“We cannot finish first and Group B is so open, there is no point to look who can be the possible quarter-final opponent. And as in any match, we want to win. It is also great to finish the regular season in front of our home fans and we will try our best to give them a good game and a victory,” added Savukynas.

Group B can be called a mathematician’s nightmare before the five remaining games take place this weekend. Four teams are still in contention for the two spots in the quarter-finals: VHC Šviesa Vilnius has 12, HC Kehra/Horizon Pulp&Paper 11, Celtnieks Riga and Granitas-Karys Kaunas ten points, but Latvian side only has one game left.

All four can finish in top two, but the different options available are so numerous that it would take pages (and ages) to explain. However, if Kehra beats Granitas in the opening match of the weekend on Saturday, it immediately sends the Estonian club and Šviesa through to the quarter-finals. Even if Celtnieks and Granitas finish level on points with the current group leader, Šviesa has an upper hand against them in head-to-head matches.

“At this moment we are only thinking about Saturday’s match – if we win, we are through and can then start to worry about Šviesa and possible group win. Granitas is strong, we lost away, but they will have a long journey before, so I hope we are more fresh and can turn it to our favour,” said Mart Raudsepp, head coach of Kehra, who has not lost a single home match this season in all competitions.

HC Tallinn can also play their part in determing who qualifies and who does not, even if they have lost their own chances. Tallinn hosts Šviesa on Saturday and Granitas-Karys the day later. Celtnieks will also make a short trip to Estonia, as their remaining match is away against Viljandi HC.