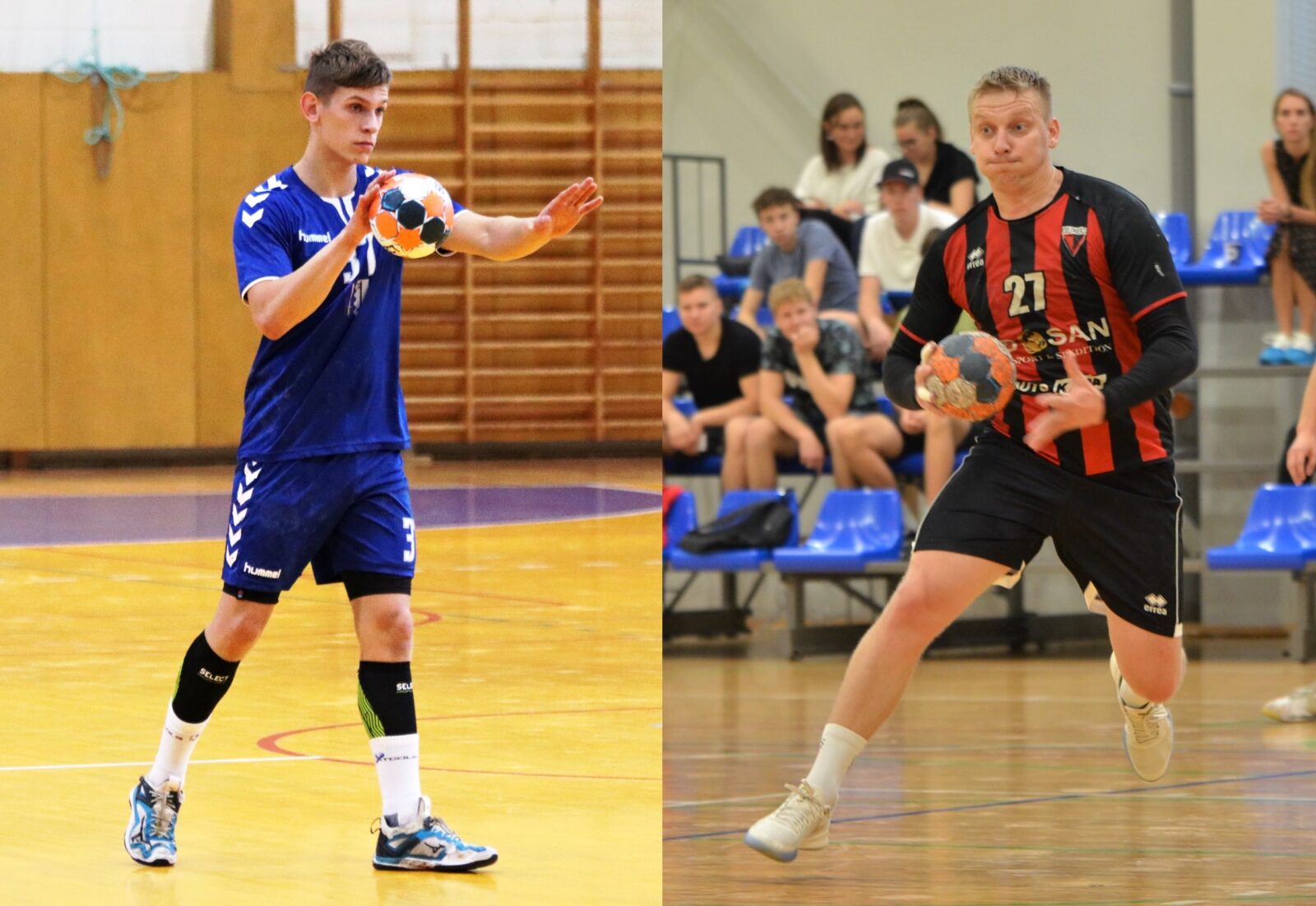 Eight games in the Baltic Handball League were played during the weekend with Latvian and Lithuanian teams playing once and Estonians having two matches. The biggest winner of the weekend was Serviti Põlva, claiming four points and moving on level with leader ZRHK Tenax Dobele, although the Latvian champion have one game less played.

Tenax and Serviti both have ten points with two teams – Celtnieks Riga and HC Dragunas Klaipeda – following with eight also having lost just once, as have the Estonian champions. VHC Šviesa Vilnius dropped off from this top group after being held to a draw at home by Varsa-Stronglasas Alytus.

Viljandi came from far behind to beat Kehra

Probably the most incredible match was played on Sunday, as Viljandi HC hosted HC Kehra/Horizon Pulp&Paper, who they had not beaten in the last six games of any competition. The hosts were struggling immensely with scoring and fell six goals behind in the first half, losing it 12:7.

Viljandi produced a great turnaround in the second half, took the lead for the first time in the 43rd minute and never let it go, taking a 25:20 victory. Head coach’s 16-year-old son Hendrik Koks scored ten goals for the winners, as another youngster, Kehra’s 18-year-old left wing Sergio-Silver Kreegimaa scored six.

“What can I possibly say? In the beginning nothing worked for us and in the second half everything clicked. Actually, defensively we were not bad in the first 30 minutes, but in attack we were banging our heads against the wall. After the break the boys managed to come to logical conclusions attack after attack, Kehra got tense and we turned it around,” commented head coach of Viljandi, Marko Koks.

Another remarkable match took place in Vilnius, where favourites VHC Šviesa fell quickly behind against Varsa-Stronglasas Alytus. The visitors had 11:4 and 15:9 leads before going into the break at 16:12. Slowly, Šviesa came back and in the 54th minute Laurynas Palevičius put them 27:26 ahead.

There were several chances to win, but in the end, Žygimantas Micevičius’ penalty throw with 40 seconds to go sealed the first draw of this season in BHL, 29:29. Palevičius was on target six times for Šviesa, while Micevičius scored nine for Varsa.

“If we look at first half, we lost a point, but considering the finish, we have to be happy with the point,” said Varsa-Stronglasas’ head coach Egidijus Petkevičius. “Both defence and attack worked very well at the beginning, but we got tired and with five players out injured had not enough reserves. However, a point from away match is always good.”

HC Dragunas Klaipeda had an easier day, as inside four minutes they went 5:1 up against Granitas-Karys Kaunas. At 11:9 in the 17th minute it was still tight, but then Dragunas ran away and took a 39:30 (20:14) victory. Deividas Virbauskas and Gytis Šmantauskas scored seven for the winners and Tadas Bučinskas ten goals for the losing side.

Normunds Blome: every team must be aware of us

In the two Latvian games, there was no real competition for points, but the supporters surely saw some good amount of goals – in the two matches on Saturday a total of 128 goals were scored in Riga and Dobele. Celtnieks Riga beat SK Latgols Ludza 38:27 (20:9) and ZRHK Tenax Dobele beat HK Ogre 44:19 (23:9).

“Latgols had injury worries and a short bench, which made our life easier. But in fact, especially in the first half our team showed exactly the handball we have been asking from them. There was quality in defence and attack, added with another good performance by goalkeeper Raitis Purinš,” rejoiced Normunds Blome, team manager of Celtnieks.

“The start has not been bad, but unfortunately we lost to Tenax, having been six goals up. But again, most of that match we also played on good level and I am sure, we have proved that this season every team has to be aware about us in every game,” shot Blome a warning to other teams.

Players from the high-scoring Latvian clubs have also taken the lead in the top scorers’ standings. 17-year-old Endijs Kušners from Latgols is the leader with 50 goals and Celtnieks’ Belarussian playmaker Aliaksei Haisa following with 44, while another youngster, Hendrik Koks from Viljandi has one less. Arminas Stankunas (Granitas-Karys, 36 goals), Aliaksandr Patcykailik (Celtnieks, 34) and Vahur Oolup (Tapa, 32) make up the top six.