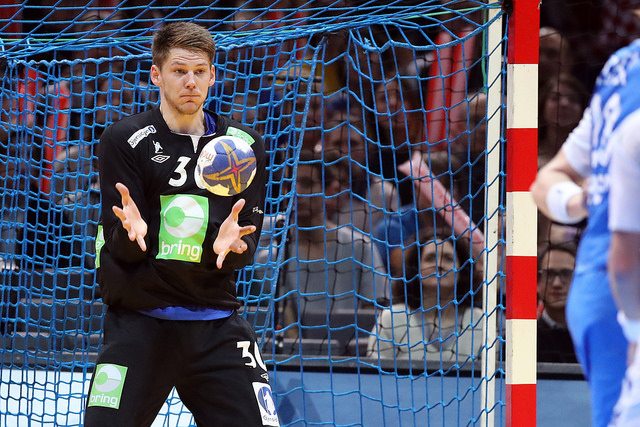 The Norwegian goalkeeper Torbjorn Bergerud should be a new member of PSG Handball after his departure from SG Flensburg Handewitt in summer 2021. The 25-years old goalie who became the world-wide known after World Championship 2017 in France, where the new generation of Norwegian handball made fantastic result by taking place in the final against home team, has close to made a deal with the French champions but from the start of the season 2022/2023 according to Handball-Planet.com sources.

This is on the line with the current contract of the PSG „No.1“, Vincent Gerard, who has valid contract with the team until summer 2022. Would Norwegian replace Gerrrard in the „City of Light“ or will be his team-mate, it is still unknown.

Last week, SG Flensburg Handewitt made announcement about Bergerud’s departure from the club at the end of contract in summer 2021. The member of „silver Norwegian generation“ came to the German North together with Bosnian goalkeeper Benjamin Buric, but didn’t show constancy and the level from the games in the national team t-shirt.

It will be interesting to see how goalkeeper’s market will move in the upcoming months. The young Danish goalie Emil Nielsen should join Barca from HBC Nantes, while Kevin Moller will leave Barcelona in direction Flensburg to replace Bergerud. Nielsen has valid contract with the French vice-champions until 2022, but negotiations are on the way.