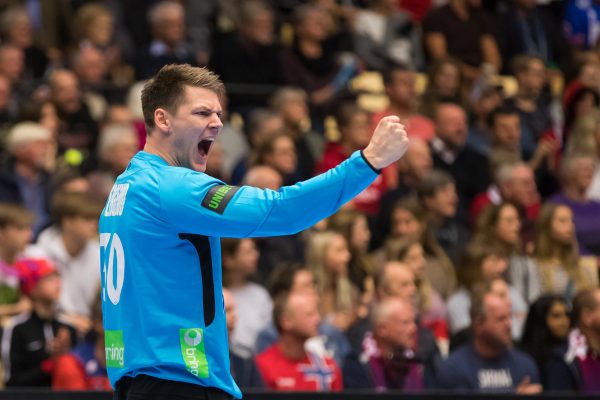 Torbjorn Bergerud is in the last year of his presence at SG Flensburg Handewitt.

The 26-years old Norwegian No.1 came to the German champions team in summer 2018 with the background of the No.1 of one of the best national handball teams, but he didn’t manage to keep the level high permanently during his stay at Flens Arena.

More or less, Bergerud was in the shadow of Bosnian goalkeeper Benjamin Buric, who came also like him in summer 2018 from HSG Wetzlar.

Buric extended his contract until summer 2024, becoming undoubtly the No.1 of Maik Machulla team, while Bergerud will try to find another challenge in the most important part of his professional career after Kevin Moller replace his at the end of the next season.

“I have been thinking for a long time whether my path with the SG can continue. Finally, together with the coaching team, I made a decision to take a new path for myself. I am very grateful to the SG for the great time we spent together. I have developed personally and athletically here and in Benjamin Buric I had a great goalkeeper colleague by my side. We both complemented each other very well. I don’t want to miss these three years at SG and I will give 100 percent to the club by the end of this season in order to hopefully win another title with this great team, ”said Bergerud.

“Bergerud and Buric have always been my dream goalkeeper team. Torbjørn is a great player and definitely has the quality to become one of the best goalkeepers in the world. Both are goalkeepers at the highest level and it is clear that it is very difficult to do both as justice as they deserve. I’m looking forward to the remaining games with this great team of goalkeepers. “