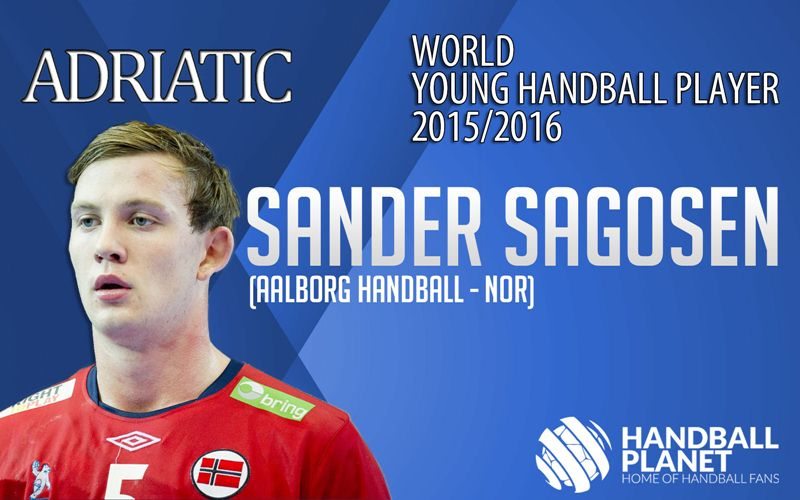 Handball-Planet.com is pleased to announce the results of Voting Contest for the ADRIATIC World’s Young Handball Player 2015/2016 (generation 1994 and younger). Norwegian youngstar from the Danish Aalborg, Sander Sagosen (1995), has got the highest number of points based on cumulative votes of the international Jury members from 13 countries and Handball-Planet.com visitors for the second year in a row! Fantastic performance of the 21 years-old Sagosen at Men’s EHF EURO 2016, where he was undoubtely one of the biggest stars, gave him confident win in the race for the prestigious award.

Sagosen won the award with 34 points in total, ahead of Croatian right back Luka Šebetić who ended with 24 points and Swedish left wing Jerry Tollbring with 22.

In two weeks of voting period 27.252 votes for 28 nominated players have shown the outstanding interest for our project, who has the goal to present the future stars of our sport.

The first winner of HP Contest in 2014 was Spanish right back Alex Dujshebaev.

Members of the Jury:

This year the official name of the Contest will be ADRIATIC WORLD YOUNG HANDBALL PLAYER 2015/2016 as we joined our forces with ambitious international youth handball tournament – ADRIATIC, which will be held on summer 2017 on beautiful Adriatic Coast in Croatia.