After six years: Nenad Perunicic is back! | Handball Planet 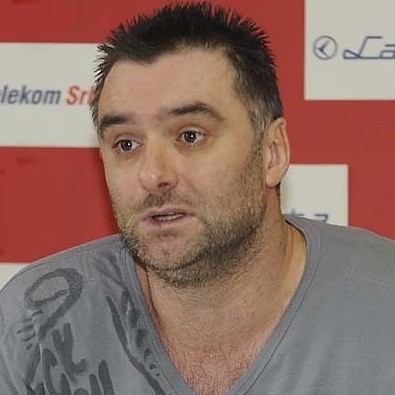 After Olafur Stefansson and Steiner Ege, another big handball name decided to began with the “new life”. His name is Nenad Perunicic, the 44 years-old Serbian left back decided to help his young players in RK Crvena zvezda in trouble with a lot of injuries. Legendary “Terminator” who won the EHF Champions League with Elgoriaga Bidasoa and SC Magdeburg, ended his professional career in 2009 with MRK Buducnost Podgorica.

Since then he is on the leading positions in RK Crvena zvezda Beograd, the famous Serbian team. He was director, but since 2011 he is sitting on the bench as a head-coach without any trophy in domestic competitions.

Perunicic scored one goal in his first match, but that didn’t help his young guys to avoid defeat against RK Rudar Kostolac 22:27 in Play-Out of Serbian Super League.