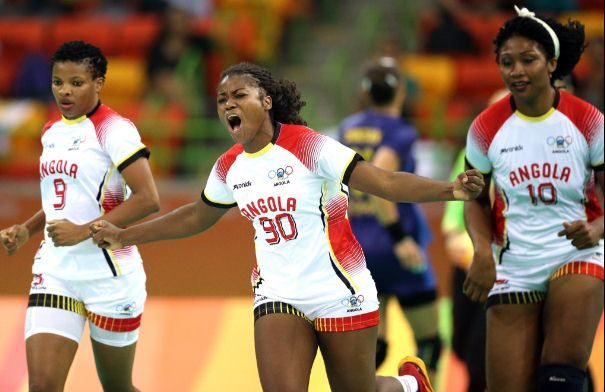 Angola are the biggest surprise of the Women’s Olympic tournament! The African girls got another big European scalp! After Romania, Guialo and their compatriots beat the Olympic silver team from London 2012, Montenegro 27:25 (12:12) and almost booked place at knock-out stage, what was almost impossible in such a group with Brazil, Norway, Spain…

However, Angolian girls made the historical success and who knows who far they can go after two starting wins. The Montenegrian attack has only one player in good mood, Katarina Bulatović who netted nine goals. Bojana Popović couldn’t cope with the pressure and intensity of the game after four-years break, while Angola used every oportunity to punish all their mistakes.

The crucial part of the match was 6:0 series of African girls which put them +6 goals ahead – 22:16 only 12-13 minutes before the buzzer. Team of Dragan Adzic managed to come closer on 24:23, then 25:24, and finally on 26:25 20 seconds before the end, but Albertina Kassoma netted in the last second for a big celebration.

Guialo netted seven for the winners, Almeida had 12 saves, two less than Rajčić on the other side. Katarina Bulatović scored nine for Montenegro, Radičević 5, Mehmedović 4, Popović only 3.