Norge girls are back on winning way! | Handball Planet 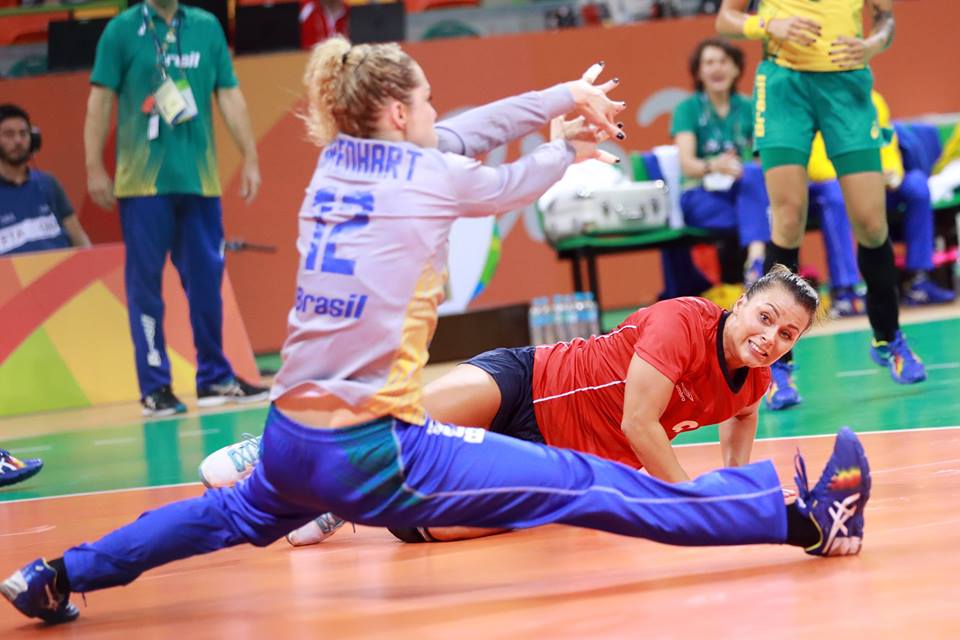 Two great teams clashed in the third match of the Day 2 at the Women’s Olympic tournament in Rio. Norway beat Spain 27:24 (11:10) after interesting 60 minutes, in which the reigning Olympic champions had more to offer. The girls led by Thorir Hergeirsson had a little pressure after bad start against Brazil, while Spaniards were flying on the wings of superb performance in success over Montenegro.

Basicaly, the agressive defense of Norwegian team in the second half made the difference in the crucial moments despite Spain didn’t give up until the last attack.

From 18:17 in 45th minute until 24:18 in 52nd, Norwegian team blew the rivals in the best momentum they had on the tournament so far.  With Veronica Kristiansen in the main role as counter-attack girl (seven goals), Norway made decent advantage which was untouchable until the final whistle.

Except Kristiansen, Nora Mork had a great impact on victory (five goals) with intensive performance in attack, while Cabral, on the other side, netted five goals for the red-jersey team.