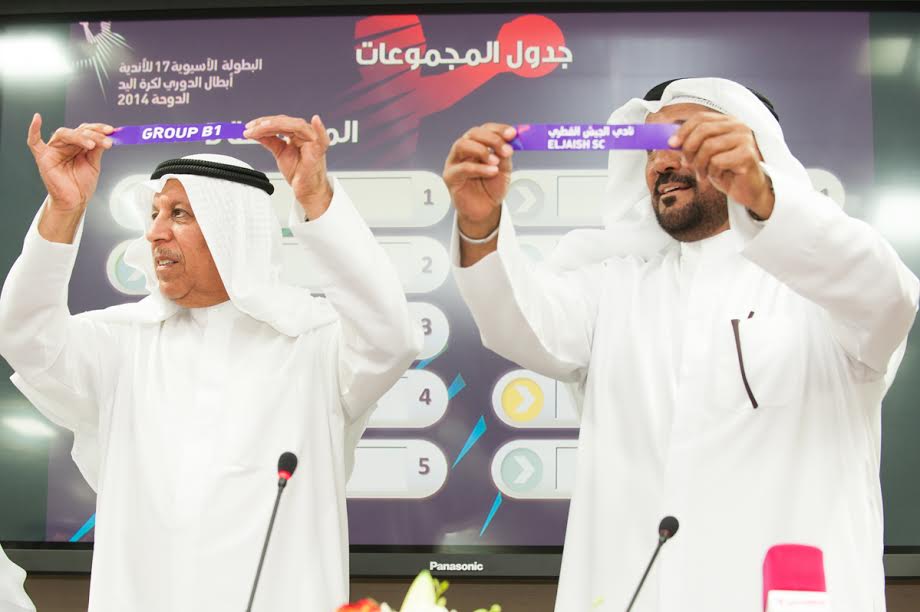 The 24th Men’s Handball World Championship is fast approaching. After the first successful test event, the IHF Super Globe in September, the next major step towards the global championship is set for 29 November to 8 December when Qatar hosts the Asian Club League.

“We can be sure that after the success of the IHF Super Globe event earlier this year in September and the activation of the Qatar Handball Association Complex the Asian Club League Championship in Doha also will leave positive impressions on the teams, the fans and the officials and will be a great start for the main event in January,” saidMr. Ahmed Al Shaabi, President of the Qatar Handball Association and Vice President of the Qatar 2015 Organising Committee.

For the third straight time, Doha will be hosting the Asian Clubs League, a qualification event for the IHF upcoming Super Globe 2015. In 2012 and 2013 two Qatar based teams –Al-Rayyan (2012) and El-Jaish (2013)– stood atop the winners’ podium at the Asian Club League. Even the record winner of the competition comes from Doha as Al-Sadd won the event five times between 2000 to 2005. Overall, Qatari teams have won 13 medals in this tournament: seven gold, three silver and three bronze.

The first milestone for this event was the draw, which took place in Doha on 22 October at the Qatar Handball Association Complex. The draw placed the participating teams, including three clubs from Qatar, into two preliminary round groups.

After the completion of the first stage, the two best ranked teams from each group will face-off in the semi-finals while the remaining teams will continue play in the placement round.

“I would like to express my gratitude to the Organising Committee for their hospitality and for providing us with these incredible facilities for the 17th Asian Handball’s Club League Championship. From the bottom of my heart I would wish them all the best for the upcoming World Championship,” said Dr. Ahmad Abu Al-Lail, Executive Director of the Asian Handball Federation.

Before the draw procedures commenced, Dr. Ahmad and the President of the Qatar Handball Association Mr. Ahmed Al-Shaabisigned a partnership agreement.

The draw was conducted by Dr. Ahmed and Mr. Jassim Al Theyab, Technical Manager of the Asian Handball Federation.

To analyse the ongoing process in terms of preparation for the World Championship three IHF officials will be on hand during the Asian Club League to inspect the event and the arenas.