Attila Vadkerti (Pick Szeged) for HP: "I would like to finish my career in Pick Szeged; Petrodollars are OK!" | Handball Planet 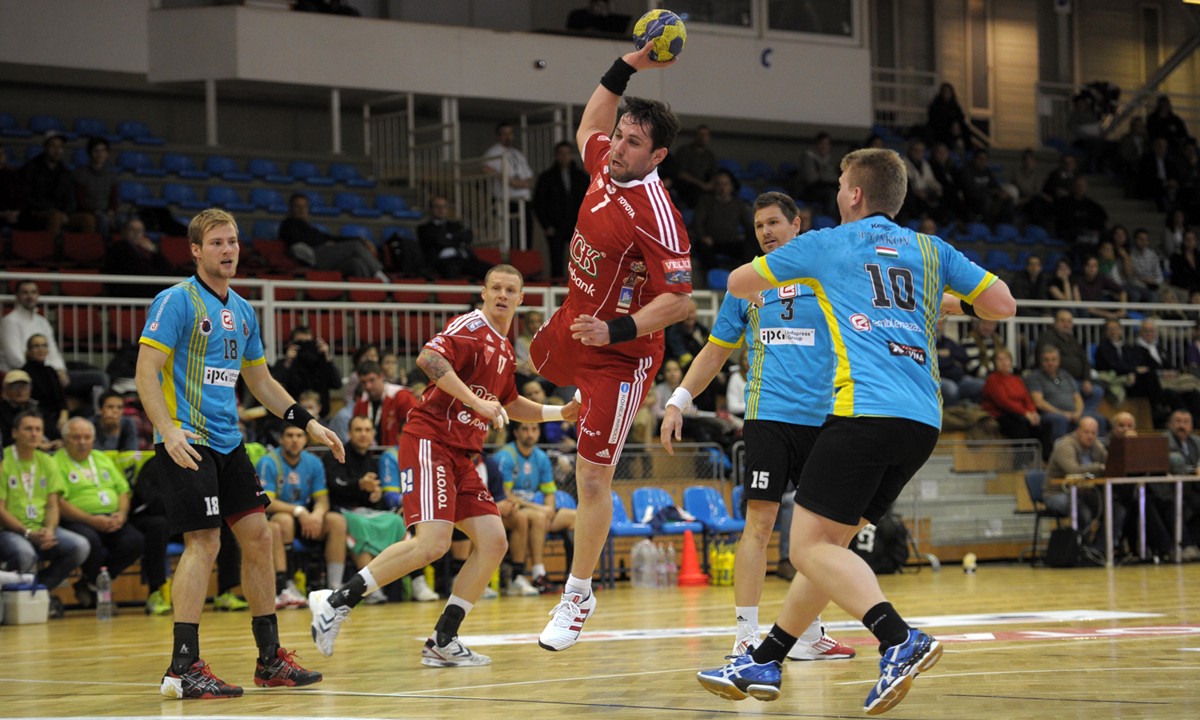 After signing his newest contract, we spoke with the most faithful player and team captain of Pick
Szeged, Attila Vadkerti about his ties to Szeged, his views on international handball and about his
fourteen seasons in the same team.

Q: Where did you start playing and how did you get to Szeged?
Attila Vadkerti: I was born in Szeged but when I was 3 my family moved to Érsekújvár (Nové Zamky in Slovakia).
I started playing there in primary school and when I turned 14, right before starting highschool I
decided I definately wanted to play in Hungary. My biggest dream was to play in the National Team.
Longing to be away felt a bit strange since I really liked being in Érsekújvár, but this feeling was so
strong that I had to leave. At that time one of the highschools in Szeged had a sport-specific class
where I could continue playing handball too. Two years thereafter my family moved back to Szeged.
Q: Since when have you been a pro player of Pick Szeged?
Attila Vadkerti: I got my first professional contract in 1999 and I have been a Pick Szeged player ever since. I wish to
conclude my career in Szeged.
Q: You used to be a playmaker in your youth but now you usually play on the wing. What was the
reason for this change? Wouldn’t you have preferred to play in your original place?

Attila Vadkerti: I always say I play wherever I’m placed or where I can be of use. Whether it’s wing or center postions or in fastbreak situations it’s all the same to me. The team is the first thing for me. You can see it in my statistics: the assists I give are more than the goals I score. If I spot another player in a better position than mine I pass the ball to him. For me the team’s success is more important than scoring many goals.
Q: Which has been the strongest Pick Szeged in the last 14 seasons?
Attila Vadkerti: The 2007 gold medalist team was the strongest. In those years we really closed in on Veszprém and
even managed to dethrone them in the League. In 2006 and in 2008 we won the Hungarian Cup,
both years against Veszprém. Those were really successful years but in spite of the quality players
and the great victories that team wasn’t the most coherent. Before the 2010/11 season the club
had major financial difficulties, key players left and we almost had to start from scratch. But this
construction was so fruitful that it created the most coherent, hungry-for-success team I had ever
seen. I really enjoyed the team’s spirit, the way we fought hard every time. Players of the (almost)
same age and attitude were put together and the results started coming. We reached third place in
our CL group, which was remarkable achievement from that young team.
Q: Have you ever had a moment in your life when you thought really seriously about accepting another
team’s offer or your ties to Szeged have always been stronger than leaving?
Attila Vadkerti: The team’s management usually approached me about prolonging 1 year before the end of my
actual contract. As we were able to agree on terms, I stayed.
Once I heard about the idea of changing the team’s name. I didn’t like this idea at all.
Pick Szeged means tradition, past and many great memories for me, so I wouldn’t want it to be
renamed. I would like to finish my career in Pick Szeged, this is very important for me.
Q: You are the most faithful Szeged player ever, which is quite exceptional. Have you ever regretted
anything, would you have done something differently?
Attila Vadkerti: No, I like the city, the team, I have always felt great here and I’m satisfied. As I said earlier my ideas
and the management’s ideas have always been compatable so it naturally resulted in extending
the contract. So far I have won 1 Championship, 2 Cups, which might not be much but for me are
priceless because I won them as a Pick Szeged player.

Q: Tell me about Szeged’s develpoment, the road it took from 1999 to 2013. How did it’s place in
international competition change? What was the biggest hit?
Attila Vadkerti: Pick Szeged had been a major team in international competition for a long time, but the real
breakthrough was in 2003 when we knocked out defending champions Montpellier (with Omeyer,
Karabatic, Guigou, Anquetil, Bojinovics, etc.). The next year we should have needed only one goal
against defending champions Celje (Koksharov, Rutenka, Zorman, Natek) to advance. 2007 was also
a succesful year. We have been regarded as an internationally acknowledged team ever since, just
recently proven by Bogdan Wenta’s comments after our home match against Kielce. He spoke highly
of our team and he was very happy about being defeated by only one goal in Szeged. I believe it is
great acknowledgement when a renowned coach of a team of world-class players makes this kind of
comment about us. Most visiting teams can’t be certain of winning in Szeged and we need to keep up
the good work in the future.
Q: What do think about the changes in international handball? It seems that men’s handball is getting
stronger, many great teams are being built and the competition will be more balanced.
Attila Vadkerti: I think this is really great. Apart from Asobal most leagues are getting stronger, LNH is almost a match
to Bundesliga. In Poland, Macedonia or in Hungary strong teams are being put together which makes
those leagues more attractive. Or there’s Tatran Presov in Slovakia. They are getting stronger and
stronger and getting close to the elite teams. However a renowned team with strong players cannot
function without a well-organized background and second-line youth players.
Q: It is quite common in european club football and lately in club handball that Arabic oil billionaires
purchase entire teams. Then in a very short time they buy many world-class players regardless of
money. What future effect do you think it will have on international handball?
Attila Vadkerti: I think this is good that they buy world stars. First a new great team is created, on the other hand in
the teams where the stars come from, young players will have more chance to prove themselves.
Because of this european club handball can be enriched with new talents.

Q: By what concept should the team be formed? What should be the proportion of young players and
experienced ones?
Attila Vadkerti: The expectations are always there. I think fans can be satisfied with success. It is difficult to find the
right balance but I believe the fans in Szeged wouldn’t settle for mediocracy. It is very important to
develop young talents but class players who can make the best decisions in crucial moments are also
necessary. The management has to bring in players who fit into the team’s structure, regardless of
their nationality. Naturally a few hungarian players are necessary (if possible from Szeged). They can
be that emotional plus for the fans. Success is the most important, many people gain power from
it. When we became champions in 2007 no one cared about how many old, young, Hungarian or
foreign players we had in that team. The entire city celebrated with us.
Q: Do you agree that developing young players has had a setback? There aren’t many new talents apart
from Bence Zdolik (and perhaps Ancsin). We haven’t seen a young player getting a serious role in the
national team for a long time.
Attila Vadkerti: Developing young players always produced mixed results. There were those born in 1981: Buday,
László Nagy, Laluska and some others who quickly found their place in the adult team and the

National Team thereafter. Or perhaps the 1984-generation with Zubai, Mikler, Császár, who are also
key players of the National Team. In other cases however many years pass without having any young
player who is good enough. Fortunately the state’s role has increased in subsidizing young players’
development and it should produce good results within a few years. Ample financial resources, the
growing popularity of handball and appropriate professional background can mean nice results, but
as I said at least 4-5 years are needed.
Q: Do you plan you life in Szeged with your family? Would you stay around handball, maybe in Pick
Szeged after the end of yor professional life? Or do you have some completely different plans?
Attila Vadkerti: I signed my new contract not long ago. This will end in 2016 at my age of 34. so I’m likely to finish my
career in Pick Szeged. But that’s still far away so I will have plenty of time to think about my future.