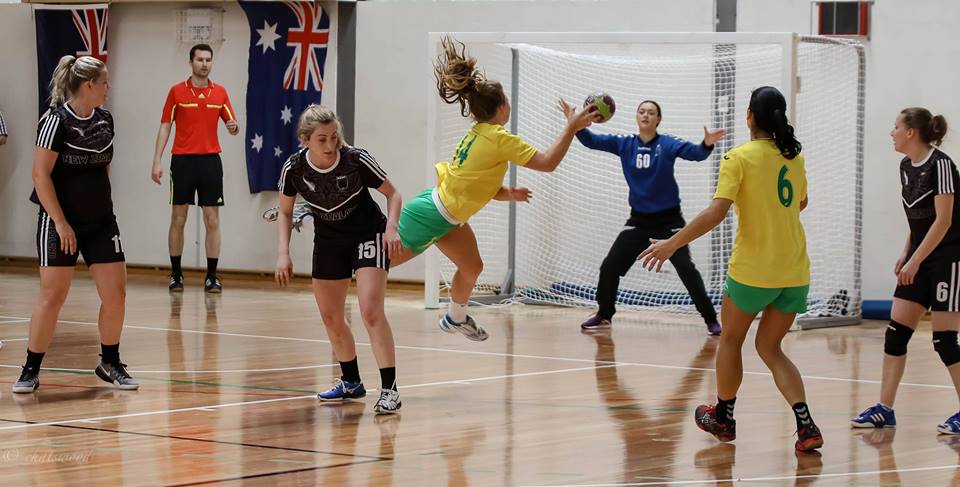 The Australia women’s team defeated New Zealand in a two-day qualification series played on October 5 and 6 in Sydney, New South Wales, thereby earning a place at the 2017 Asian Women’s Championship in Korea.

The qualification series represents the first step for teams from the Oceania continent on the road to IHF World Championships since the pathway was reassessed ahead of the 24th IHF Men’s Handball World Championship in Qatar in 2015.

Australia won both matches played against New Zealand at Blacktown Leisure Centre, Stanhope Gardens, defeating their rivals 26:12 (14:5) in game one on October 5, then 31:9 (15:4) on October 6.

Australia will now prepare to attend the 2017 Asian Women’s Championship in February, from where the four top-ranked teams will qualify for the 2017 IHF Women’s World Championship in Germany.

“The obvious one is experience – we have a lot more handball experience than New Zealand. We have a lot of girls who have a fair bit of international experience, and have been playing together for a long time, which is very helpful.

“That leads me to the second point – we played really well together. As a team everything looked quite good, all our movements were good, everything was quite crisp. Not many errors in the second game in particular. Reducing our errors and playing good team defence was probably the key.”

On what to learn from the Oceania Qualification Series:

“There are a lot of positives we can take from Oceania to keep building on those, to take with us to Korea. At the Asian championship there are going to be a lot of very fast teams, and they play really good, error-free handball.

“That’s a big thing for us – just getting together more, and playing more matches together is key. It’s always tough as Australian teams never have many international games, so to have that experience together is going to be good.”

On playing for the men’s team at the 2015 Asian Championship and how he expects the first Asian championship experience will be for the women’s team:

“There are small differences – the women’s Asian handball is dominated by Korea and Japan, compared to the men which is dominated by Middle Eastern countries, so that’s obviously a bit different. Qatar are playing with those massive shooting backs while my experience with Korea and Japan is that they play a lot of quick handball, spreading the ball a lot, moving the ball very well.”

On handball in Oceania:

“I think it is definitely coming along. The good thing about the New Zealand women’s team is that they’re all really young, and I think New Zealand have been doing that really well. They won the last Under 21 Oceania Championship, so they’re doing a really good thing with their juniors and maybe that hasn’t quite come through to the senior programme yet, but it does seem that a lot more countries are developing their younger players and doing a better job at that.”