Bjarki Mar Elisson about start in Veszprem: I am sure that this team will win EHF CL with or without me | Handball Planet 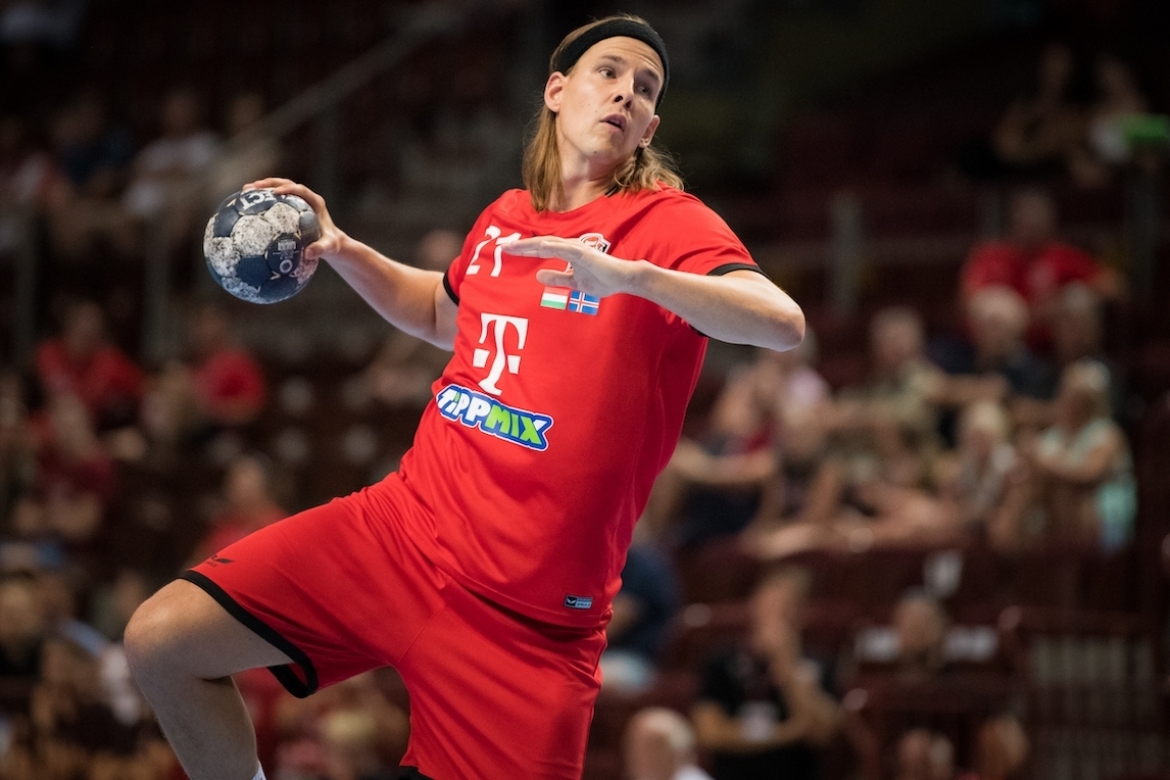 One of the best players on the left wing position, Icelander Bjarki Mar Elisson joined Telekom Veszprem after nine years in German Bundesliga.

The 32-year-old Icelandic national team player has a huge experience of playing on the highest possible level going all the way in the EHF European League with Füchse Berlin back in 2018, winning the IHF Super Globe twice and concluding the German part of his playing career with a somewhat surprising success with TBV Lemgo in DHB Cup back in 2020. Elisson, who also has the top scorer of the German Bundesliga title in his trophy cabinet has however never had a chance to compete in EHF Champions League or SEHA – Gazprom League. That experience is now waiting for him in Hungary, on the roster of one of the best teams in the world of handball.

He talked for SEHA website about the new challenge in his career:

After nine years of playing in Eisenach, Füchse Berlin and Lemgo can you say you have managed to fulfill all of your childhood dreams related to playing and growing as a handball player in the German Bundesliga?
I’ve managed to fulfill many goals I’ve set for myself. I had a very successful time with both Berlin and Lemgo. One of my goals was however also to win the league but I never did. Back when I was still playing in Berlin we were kind of close one year but it didn’t happen in the end. Despite that, I am happy with everything I did. I scored over 1000 goals and I can say I’m really happy with the time I’ve spent in Germany. It was a huge surprise to win the Cup with Lemgo. I mean, once you get there on that final tournament anything can happen. Coach Kehrmann did a lot of great things with the club completely changing the approach of each and every player.

Looking back on the time spent in Germany, what would you say is the thing you’re proud of the most?
A lot of things really. Winning the Cup felt amazing. Berlin’s titles were also great, Eisenach’ promotion to the first division was special. I even managed to become the top scorer but the biggest surprise was that Cup trophy with Lemgo. I am also really proud of the progress Iceland made during the time. Representing my country means so much to me, it is definitely a huge part of my handball-playing dream and everyday motivation. We have a young team now and I can say I see a lot of potential in these young guys. I feel like we can do a lot together.

Although you have a lot of international experience, you still didn’t get to lace them for an EHF Champions League game. Your new team, on the other hand, has a lot of experience in the elite club competition. What were your thoughts watching Veszprem’s attempts to go all the way in Cologne in the last few years?
It’s tough, what can I say. They were really close but it takes a lot to do it because there are 6-8 teams that are ready to go all the way and then everything has to click in the best possible way in those two days to take the trophy. I remember that loss against Kielce in 2016, that was so hard. I was rooting for them in that one because one of my friends Aron Palmarsson played there at the time. Veszprem will surely win it, with or without me, and it will be a huge celebration. I hope it happens in the next two seasons.

How do you see your career? These two years in Veszprem should be a cherry on top of the cake of a great career.
It could be that way yeah, I also believe the best years are yet to come. I am optimistic, hungry for success, and ready to work and fight. I am really motivated for whatever lies ahead and that’s what keeps me going. When I lose that spark – I will retire.

Did you have time to feel the city, or visit Balaton lake? Which teammate did you have your first coffee with in Veszprem?
Unfortunately, I still didn’t have time to experience the city. I came in two days before we had to leave for the camp where we spent eight days. These two days were reserved for me to unpack and everything. I’m sure my family and I will have enough time to explore everything in the next two years. It’s different than in Germany, I had a chance to feel it when I arrived for the medical check. When it comes to coffee, it wasn’t one player only, a lot of players gathered around the table to meet the newcomers. Of course, I talked a bit more with Scandinavian guys as well as Nenadic who I played with back in Berlin.

You did not score a lot of goals playing in Berlin but you became a real ‘goal-scoring machine’ playing for Lemgo. What do you think sharing minutes with Croatian winger Manuel Strlek will be like here in Hungary?
I didn’t talk to coach Ilic about it, but for me, it is always the same. I’m always a team player no matter if I am in the game or on the bench. I’m trying to score as many goals as possible, and help my team win in any way I can. That’s how I see this game.

The first major trophy you’ll have a chance to win will be the one in the SEHA – Gazprom League.
I am more than ready and highly-motivated. I’m here to win it all. We are aiming to come out on top whenever we’re out there. This will be a perfect intro for the season. Hopefully, we’ll manage to defend the title in Zadar, I’m really looking forward to it – concluded Elisson.