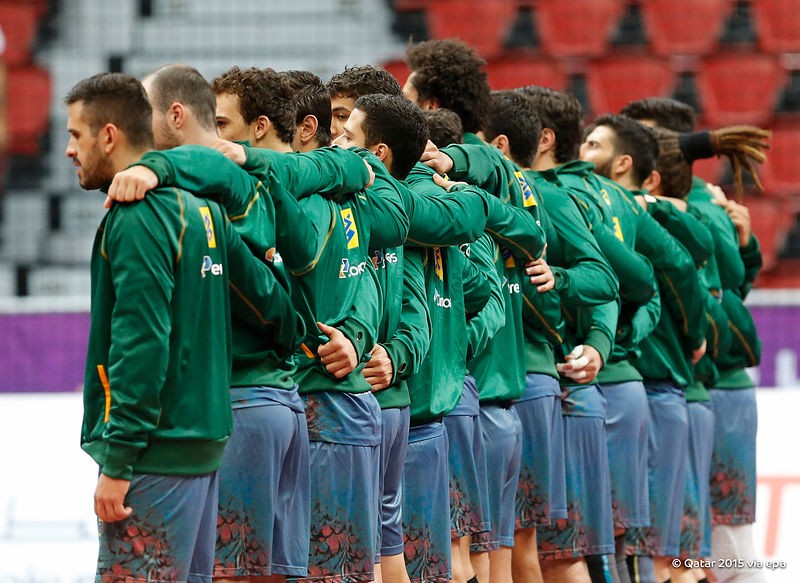 The European champions have lost third match at Olympic tournament in Rio! The host team, Brazil, beat Germany 33:30 (17:16) after tough battle in which Dagur Sigurdsson stayed without Uwe Gensheimer who was sent off after kicking in head Brazilian goalie Mark Santos (12 saves).

The Brazilian lefthander Chiuffa netted eight goals. That made of him man of the match.