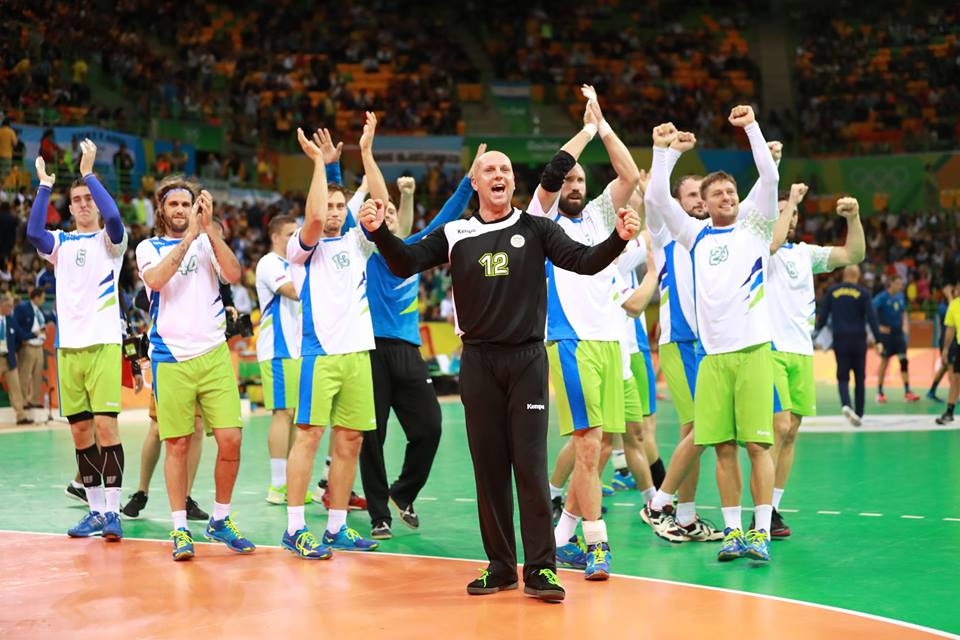 Slovenia flying in Rio! The first team who booked Olympic quarter-final place at the Men’s tournament, coming from the country of two million people, but with oustanding handball guys like Uroš Zorman, Dean Bombač. At the end of third match, Slovenia – Sweden 29:24 (14:13)!

Like in the previous match with Brazil, team of Veselin Vujovic showed fantastic spirit, genius ideas in attack and powerful defense. Scandinavians had no answer on it. The crucial moments happened during the middle part of the second half, when Janc and Zorman brought +6 – 22:16, when it became visible that Olsson and Lindgren had no idea how to wake up their team.

The highest advantage was +8 – 26:18 in 49th minute, and everything else was just a routine play of the Balkan guys…

Razgor and Janc netted five goals each for the winners, while Tollbring netted six for Sweden, who are still on 0 points at Future Arena. The last two matches against Brazil and Poland will give final answer about their performance in Rio.