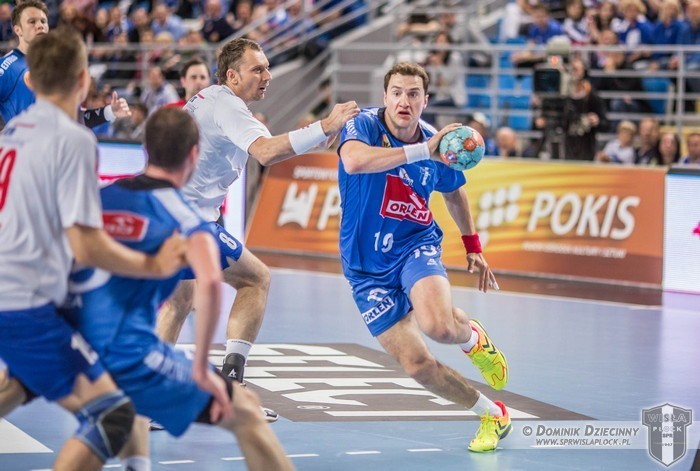 Another “shocking” news for the Orlen Wisla Plock fans is transfer of one of the best Wisla’s players this season – Mariusz Jurkiewicz to the biggest rival KS Vive Targi Kielce. The big boss of the Polish champions, Bertus Servaas made possible that former BM Atletico Madrid member work again with the coach from Spanish days – Talant Dujshebaev.

Even more interesting that contract is signed from 2015, so Jurkiewicz has to stay one more season in Wisla, before the start of contract which will keep him until 2018 in Kielce.

That is the “second attack” on the relation Kielce – Plock this season. The first one was transfer of Croatian goalkeeper Marin Sego, who will also play in yellow jersey from the next season.

It is not the first year that players going into one direction from Plock. Right back Paczkowski and left back Chrapkowski were also “Oilers” before transfers to Kielce.

Anger among Wisla’s fans is even bigger with the name of maybe the best Polish player in this moment. One status on the official Wisla Plock page on Facebook, message choosen among many comments of Wisla fans, speaking a lot about their emotions: