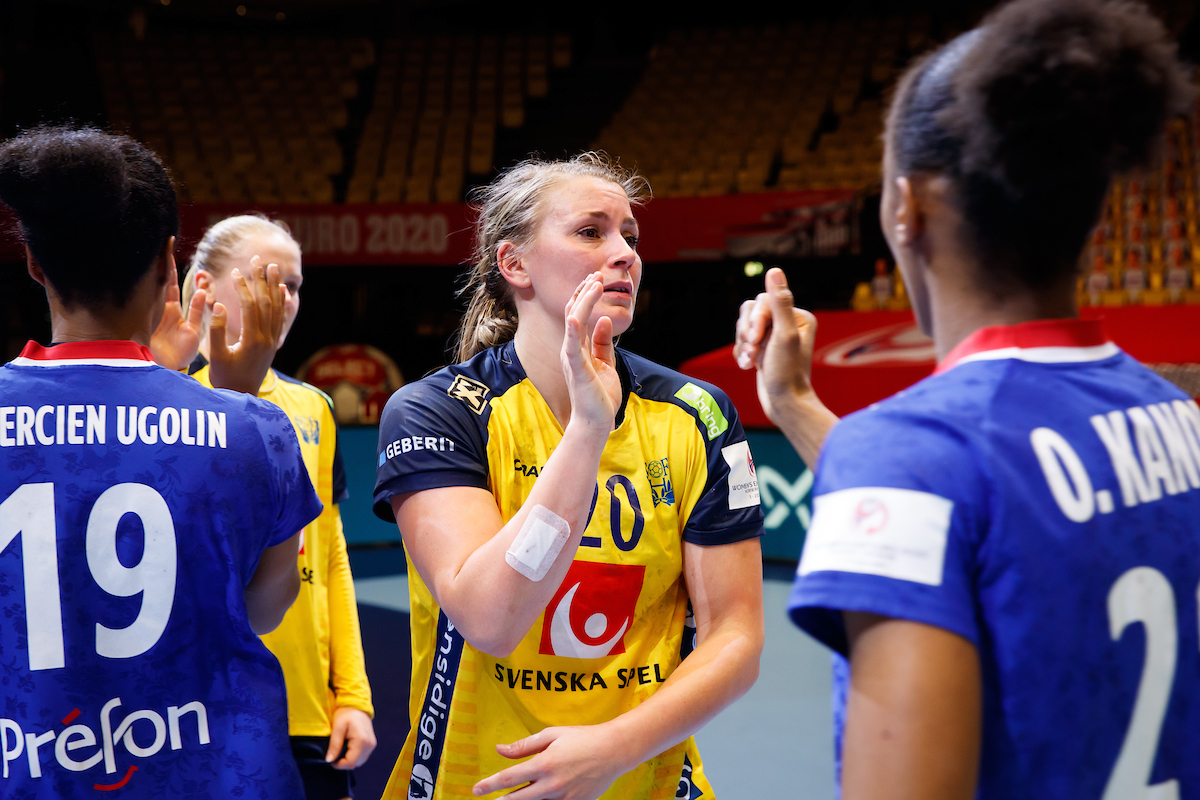 One of Swedish handball’s greatest women’s players of all time has played her last match in the blue and yellow jersey. After 15 international championships, 224 A-national matches and over 840 goals for Sweden, Bella Gulldén said goodbye.

– I am extremely proud to have been able to represent Sweden so many times and for all the wonderful memories it has given me, says the 31-year-old.

In November 2007, Bella Gulldén wore the Swedish national team jersey for the first time in a senior context – and has since been a key player, leader and match winner. She has played in the last 15 championships Sweden has qualified for and was a strong contributing factor to the first two and so far only championship medals we took on the women’s side – the silver in the European Championships 2010 and the bronze in the European Championships 2014 – as well as the historic World Cup semifinals 2017.

In 2014, she was named the entire European Championship’s most valuable player and has also been named player of the year in Swedish handball more times than anyone else, four. At club team level, she has become champion in Sweden, Denmark and Romania and scored a little unmatched 15 goals when CSM Bucharest won the Champions League final 2016.

To claim that Bella Gulldén is one of the greatest Swedish handball players of all time is thus no exaggeration.

– It may become even clearer when I get more perspective on it, but it is clear that I am proud, happy and grateful for everything I have experienced on the handball field. I still have a few years left on it, but unfortunately feel that the body does not hold for continued national team play.

Being away for so long from his son Lias, 17 months, has also been tough and has contributed to the decision.

– He is the one who gives me the most joy in life and I would not be able to be away from him for a whole summer.

Tonight’s final match in the main round against the semifinal-chasing reigning champion France, which is in progress at the time of writing, is thus her last in the blue and yellow jersey.

– It will be emotional, especially afterwards. I will definitely cry. I have always loved playing for Sweden and I will of course miss that. But I will be their biggest supporter when they step into the Olympic qualifiers and hopefully the Olympics this summer. Tomas ( Axnér ) and Johanna ( Wiberg ) are shaping something really good and it will be very exciting to develop the national team.