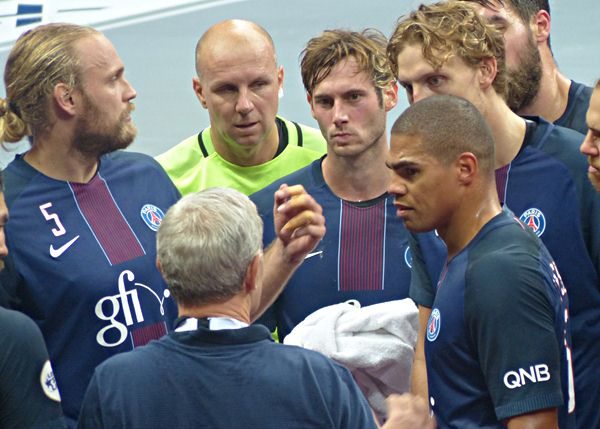 „Cologne is forgotten“, said PSG Handball star Nikola Karabatic on our question – „Whether IHF Super Globe 2016 semi-final will be a chance for revenge“.

If you remember, the richest team of the handball world was stopped at semi-final of the VELUX EHF Champions League Final 4 three months ago by the surprising winners of the European elite competition – Vive Tauron Kielce.

Two strong European sides will clash at 16.00 hrs for the final of the first major event of the season, but Karabatić has clear mind about it:

The PSG Handball new world class star Uwe Genshimer disagree with the statement about „Kielce-PSG clash as the final before the final“:

-I don’t know, as you could see today against Esperance, all the rivals can be dangerous if you aren’t on TOP level. We missed a lot of easy shots against Tunisians.  Kielce is strong opponent with a lot of international players who had only 10 days for preparation like we had, said Gensheimer who netted 10 goals and added:

– We must improve our focus on little details – concluded „Hand of God“.

Both of PSG Handball stars, Karabatic and Gensheimer, begin answer on question „Are you tired“ with smile:

– Of course, a little bit. But it will be easier when we don’t speak about it.

On the other side, eager to show how much he can and totally ready for the season after he spent touristic summer in Rio in a role of the first replacement in Croatian squad, goalie Filip Ivic, showed on the first match against Taubate, how good he are:

– I am very satisfied despite only seven days together with the team. My last match was on June 1, so I am more than ready and motivated to find my place in Kielce. I have full support of my team-mates, coach and all in the club – said Croatian „Karate Kid“.

„PSG Handball are TOP class squad, we will see how it will be“, added Ivic.