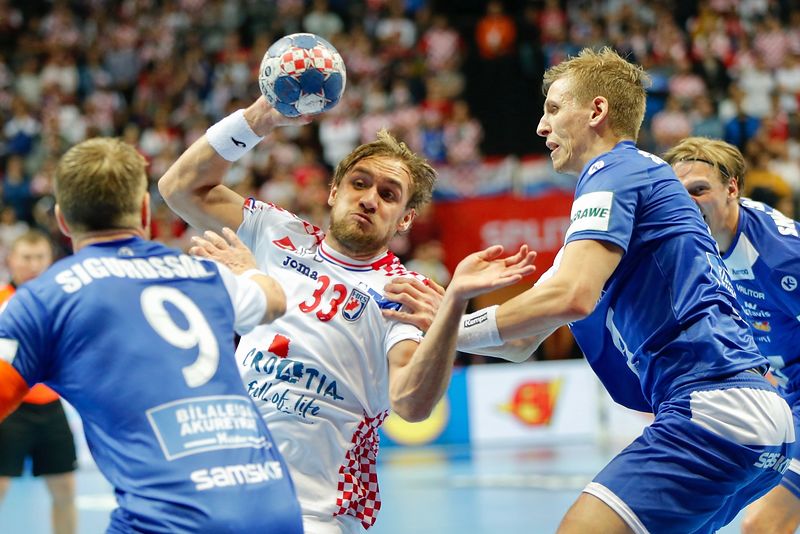 On a packed Arena Zagreb, the home team defeated Norway 32-28 and are getting closer to the final weeked in this Euro 2018.

Croatia surprised with a fast 2-0 in less than two minutes into the match. But it was a tight first half in which the coached by Lino Cervar took the lead, with a good performance from Ivan Stevanovic and a sparked Luka Cindric. After 15’ they were leading 9-5. The Scandinavians fought back with great presence from PSG’s centre back Sander Sagosen and with two minutes left to be played, they reached a goal goal gap through Kristian Bjornsen (15-14). However, a penalty from Slatko Horvat with the time over put the definitive 17-15 at the end of the first period.

The beginning of the second period saw Norway trying to catch up, but again a solid performance from Stevanovic stopped them from tying the score (finished with 37% of saves). Instead, they were able to reduce the Croatian advantage up to 20-19 after 5 minutes into the second half, but that was the last time they would be any closer. From then on, the home team managed to find the goal now defended by Torbjorn Bergerud and reached a 4 goal difference that obliged Christian Berge to call a timeout after 13 minutes (24-20).

With a little bit more than 11 minutes left, both Igor Vori and Luka Stepancic were sent out with a 2 minute suspension. However, during those 2 minutes with two players less, Croatia did not slow down and even scored to stay ahead 29-24. Sagosen put the 31-28 with only 8 minutes left and plenty of time to catch up, but that would be Norway’s last goal of the match. A minute later, Marko Kopljar set the definitive 32-28 and yes, the last 5 minutes of the match were goalless. With 6 goals on his personal account, Manuel Strlek was the MVP of the match, however the top scorer was Sagosen with 8.

Croatia are now a step ahead in the fight for the semifinals and join France with 6 points at the top of the group 1 in the main round.