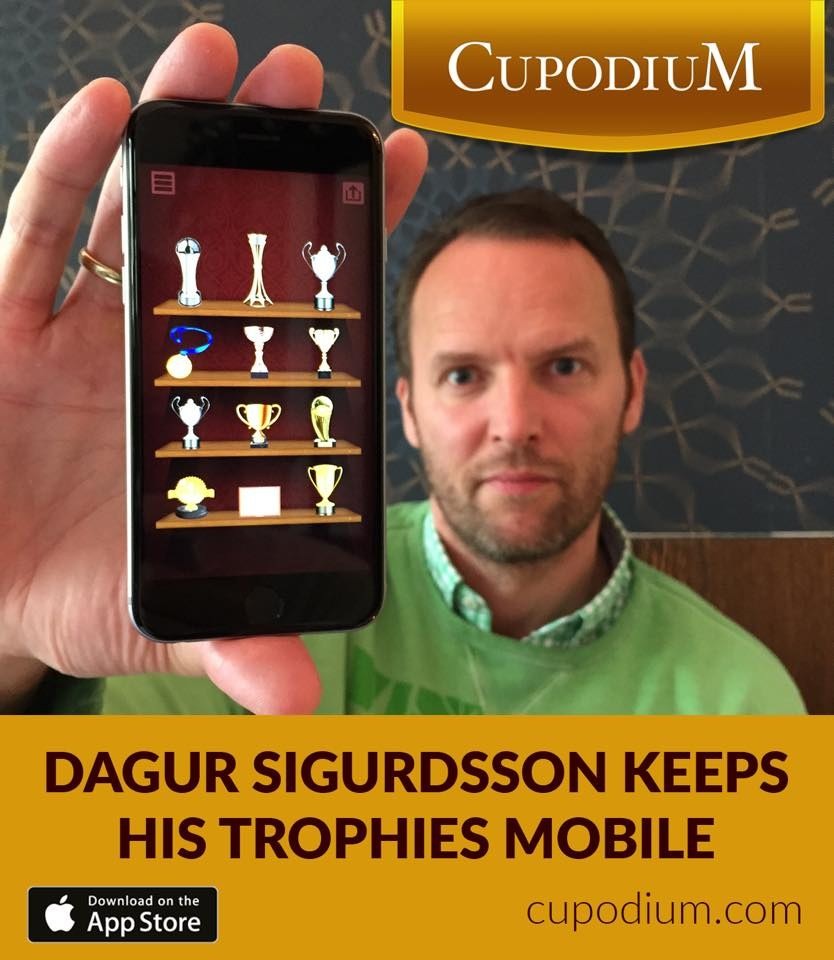 Dagur Sigurðsson coach of the Füchse Berlin Handball Club and the German national team in handball has always been diligent in innovation, development and the founding of startup companies. In the year 1993 he, along with his family, founded the company Sigur ehf. (e. Victory ltd.) which has been involved in many other companies in importing, investing and publishing. These include the founding and managing of the coffee-shop and bar Kofi Tómasar Frænda (e. Uncle Tom‘s Cabin) in the years 1994-1996, Bílanaust (e. The Car Shed) since 2013 and the founding and managing of Kex Hostel, the restaurants Sæmundur í Sparifötum, Pizzastaðurinn Hverfisgata 12, Dill as well as Ölstofa Mikkeler (e. Mikkeler‘s Brewhouse) and Kaffihús Vesturbæjar (e. The West-Side Café) to name a few.

After winning the German Cup in handball, the EHF Cup with Füchse Berlin and coaching the German national team in the World Cup, Dagur now launches a new app on the marked that aims to satisfy his need for winning trophies; „Cupodium“ a trophy cabinet for smart phones. The app is free on Apple‘s App Store and will be available for Android soon. In the cabinet, users can create and store as many trophies as they want, whether it is trophies or medals from athletic-, workplace-, or children‘s tournaments or for running a marathon. You create your own trophy and put it in your cabinet where it becomes visable to other Cupodium users as well as your Facebook friends.

The idea started when Dagur Sigurðsson and one of his friends back from his days at Iceland‘s Commercial College, Haukur Óskarsson, CEO of the Nes Golf Club, were sitting down and discussing how so many trophies are handed out each year and how everyone enjoys receiving them and sharing that enjoyment with others, but so few have the floor space to actually do so nowadays: „wouldn‘t it be great if you could just take them with you on your smart phone?“. The two of them got the German company Synperience, located in Berlin, to join their quest and now this small idea of theirs is available for everyone to use on their smart phones.