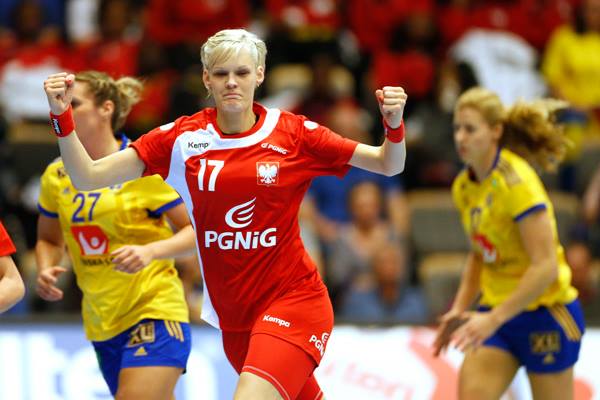 The Netherlands and Sweden booked their places in knock-out stage at the 22nd IHF Women’s World Championship in Denmark, together with Polish girls who had the most difficult task of the day in Group B. Kim Rasmussen girls outplayed African TOP team Angola 29:27 (12:15) after great battle.

Natalia Bernardo had a leading role in African team who had a serious advantage in the first half – 5:1, and afterwards, 14:9. However, the resistance of the Poles became much more serious from the beginning of the second half. The TOP scorer after three rounds of matches at WCh 2015, Karolina Kudlacz-Gloc (4/8) wasn’t in shooting mood tonight, but Kocela (7) and Archuk (6) pushed Polish team in right direction.

Dombaxe netted for the last Angola advantage – 25:24 (51st), but Polish duo scored some decisive goals in the last five minutes…