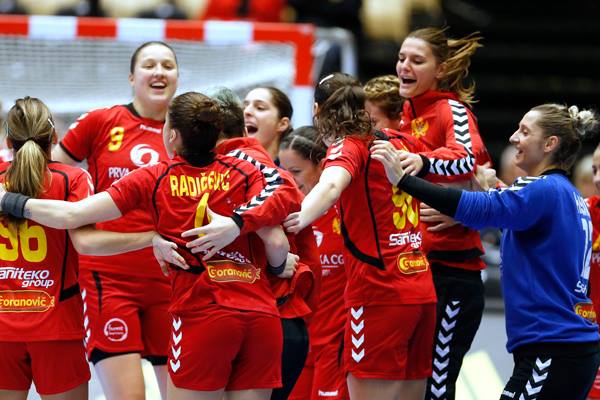 Powerful Montenegro obtained another victory in the Jyske Bank Boxen in Herning, this time against Tunisia for 37-26. The match was quite even during the first minutes of the first half, but with five minutes left of the first half, the conducted by Dragan Adzic expanded the three goal difference and were able to conclude the first thirty minutes with a 19-12 in favour.

On Tunisia’s side, Mouna Chebbah and Ines Khouildi were the more effective players, but their effort was not enough to stop Jovanka Radicevic (named MVP of the match, 8 goals) & co., who stormed past the African team. A difference of five goals was established by the Tunisian team at one point, but the Montenegrins continued to run the fast breaks and to score them to reach a difference of 11 goals after the 24’ into the second half. Final score: 37-26. Top scorer: Mouna Chebbah and Durdina Jaukovic with 9 goals each.

Montenegro, leader of group A, will face Denmark on Friday while Tunisia will meet Serbia.

It was not an easy task for the Serbians to get their first victory in the tournament, but they did it against the resilient Japanese team. It was a 27-22 score at the end of the match. The first half had us on the edge of our seats as the conducted by Masamichi Kuriyama displayed a nice handball to catch up on the current runners up of the World championships and finish only one goal behind after the first thirty minutes: 13-12.

The last period also started very equalized, with Serbia leading, but Japan was focused and was able to tie the match. Then Sasa Boskovic’s team stepped on the gas and with ten minutes left, they established a four goal lead. The Asians created the right chances to score, but Jovana Risovic appeared right on time to save her team. Mayuko Ishitate conquered the MVP of the match but the top scorer was Katarina Krpez. Tomorrow it will be free day for group A, but on Friday Japan, out of the eight-finals, will face Hungary.