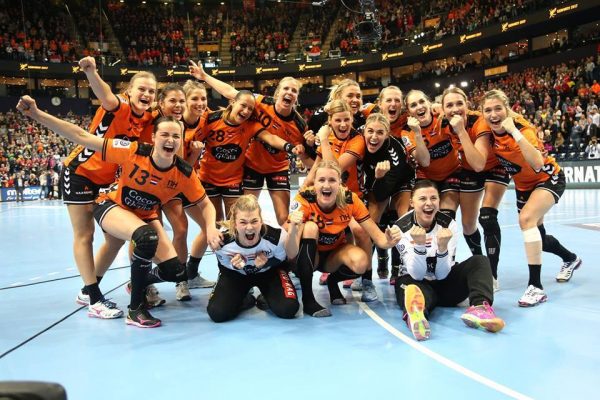 The Netherlands have collected the bronze medal in Germany 2017 after beating Sweden 21-24 in a tight match that could’ve ended for either side. The Dutch finished off better in the last moments of the match, despite having had a hard time on the second half, when they did not score for 18 minutes.

In a match with a sold out Barclaycard Arena in Hamburg, the Dutch team started off better and after having been down 4-2, 8 minutes into the game, they stepped on the gas pedal and thanks to some timely interventions from Tess Wester, they caught up and took the lead. By the end of the first 30 minutes, the score was 8-14.

When the match resumed, the Swedish showed that they were not going to go home wihouth trying. After a rather rough start, the Scandinavians started to score while the conducted by Helle Thomsen seemed to have run out of ideas. For the first time in 33 minutes, the Swedish took the lead again after Louise Sand scored from the left wing to set the 17-16.

And things didn’t look so good when Yvette Broch was sent out for the third time and saw the red card.  It took the Netherlands 18 minutes to score again on the second half, and by that time they were down on the board as Sweden had caught up and even turned it around (52’ 18-17).

That wake up call after having being in the lead and suddenly losing, drove the Dutch team to the end of the match with a fighting spirit that helped them recover. With only 2 minutes remaining, the match was tied 20-20 and Angela Malestein scored to set the 20-21 and only moments later Estavana Polman (who had a great match alongside Lois Abbingh who scored 8 times) set the 20-22. A stolen ball ended on Sweden’s empty goal and that was the end for Henrik Signell’s squad, who simply had not time to come back. The final score was 21-24 for the Netherlands, who have collectted their third medal in the last two years (silver in WC Denmark 2015, silver in EHF Euro Sweden 2016).