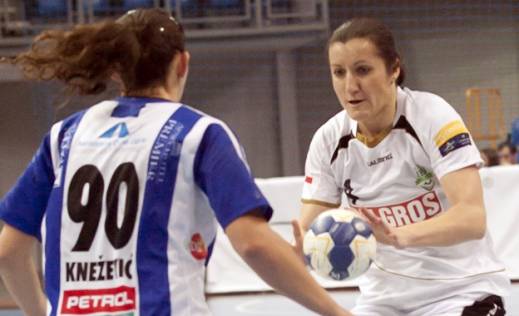 No one would imagine such a score, but on the board in the end it stood 30:15 (13:6) for Buducnost Podgorica against Krim Ljubljana. The home-girls were on fire, while Woltering was unsolvable enigma for the visitors. Hosts even had 25:9 at one point in the second half, with Byzdra, Cvijic, Neagu and Pavicevic leading the scorers list for Buducnost with four goals each. Barbara Lazovic-Varlec was Krim’s best with four goals.

In the other game, ZRK Vardar were favorites against Savehof, but it was Savehof which dominated throughout most of the game, and being near a huge surprise. ZRK Vardar also had their chance for two points in the final minutes when they turned the score in their favor, but both teams had to leave the game with one point in the end, 27:27. Jenny Alm was unstoppable for Savehof and had 9 goals, while Andrea Lekic scored 7 for Vardar.