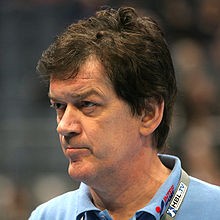 In a very dramatic game, Frisch auf Goppingen scored a last-second winner through Momir Rnic to secure their place at the EHF Cup F4 in Nantes. After the first game in Maribor ended 27:27, the second one in Germany saw 30:30 with only few seconds to go and which would see Maribor at the F4, but Momir Rnic with a last-second of the game scored the winner and huge joy to the FA Goppingen supporters. 31:30 final score.

In the all-German game, RN Loewen overcame the -3 deficit from the first game against SC Magdeburg, and with 27:20 secured their place at the F4 in Nantes.

The last team to participate at the F4 will be known today in a game where Holstebro hosts KIF Kolding, the first game finishing in a draw.