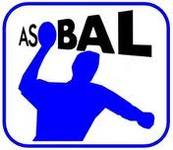 After Ademar Leon lost the game against Barcelona on Wednesday, Naturhouse La Rioja had their chance this weekend to take the third place which would see them playing in the Champions League qualifiers next season, and they have used the chance. After defeating 31:27 Granollers at home, La Rioja are now on the third place of the league, with just one point ahead of Ademar Leon, and three rounds left to play in the ASOBAL.

Valladolid can now breath easier as they beat Puerto Sagunto in a game which might mean their salvation and remaining in the ASOBAL for the next season, although three rounds are left.